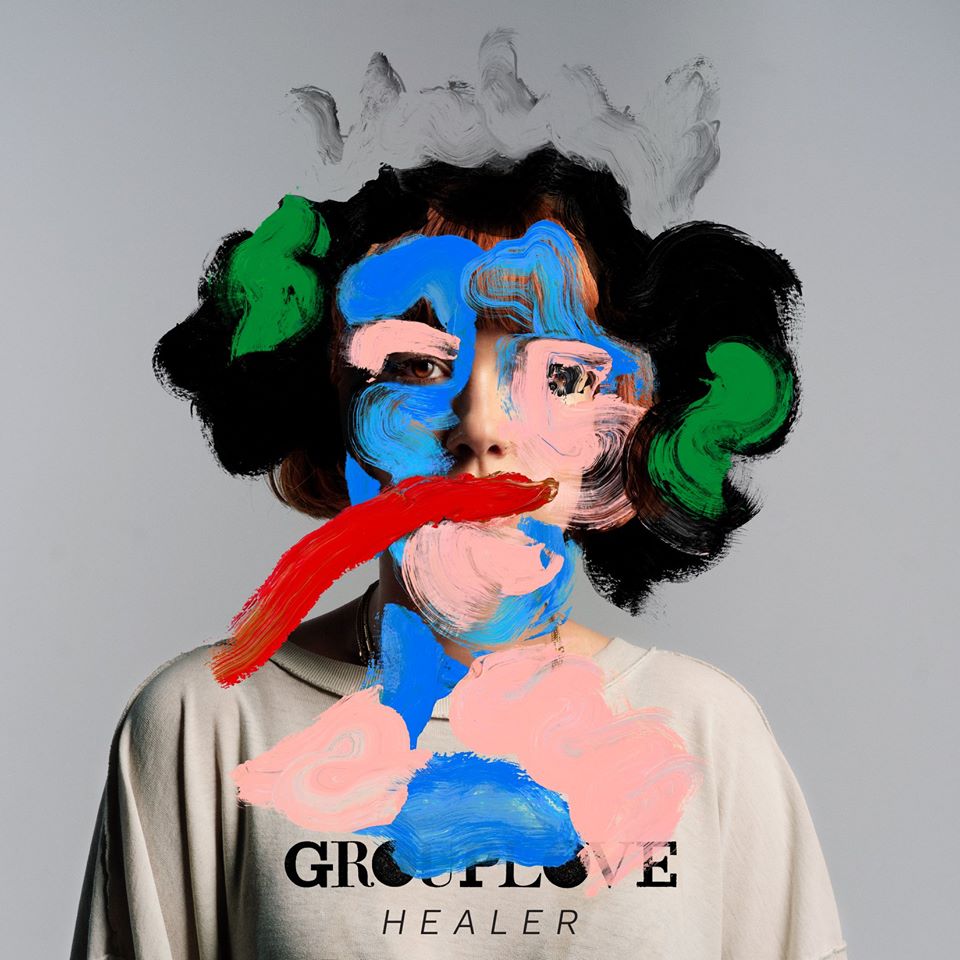 Nearly four years since the release of their EP ‘Big Mess’, Grouplove ( Hannah Hooper, Chris Zucconi, Andrew Wessen, Daniel Gleason, and new drummer Benjamin Homola) have released their fourth studio album Healer under Atlantic Records. The ten-track album is more personal and close to heart for Hooper as well as her life partner/bandmate Zucconi. In the midst of writing/recording Healer, Hooper had an at-risk brain surgery, stating, “It felt like I was having a slow stroke.” The band worked on the album in Northern California, as well as El Paso TX. “When we all met in Greece, Christian and I were leaving New York at an all-time low. We just wanted to have a fun summer. We wanted to make art. And we’re still doing that. We found that feeling again on this album, of hopelessness put into a medium of expression.” “This album is us fighting for that feeling,” says Hannah. “There’s a darkness that’s real and everyone deals with it at a certain point in their life. We’re addressing that life is hard. We understand and we are going through it with you.”

Zucconi’s song “Places” on Healer is more of an emotional acoustic ballad of his experience going through the process of a possible loss (including the aftermath songs “The Great Unknown” and “Burial”), while Hooper’s synth-pop songs “Expectations” and “Youth” are more dance-driven tracks about living in the moment. Conveying a positive outlook on whatever fears, worries, or darkness we have of the future, the messaging is clear that there’s always light at the end of a tunnel. Not only is Healer inspired by the medical scare experiences Hooper and Zucconi went through, it deals with the political climate going on in the U.S. Their anthemic single “Deleter” conveys disappointment in our political leaders and their percussion-heavy “Promises” is a protest song about the government’s decision about separating immigrant families at the borders. “Promises” was inspired working at a Texas studio near the border where they heard protestors outside.

Stand out tracks from Healer are “Inside Out” and “Hail To The Queen”. With “Inside Out” it’s a little more up-tempo with Hooper and Zucconi singing along to a catchy melody. It’s a decent track for an uplifting mood. “Inside Out” reminds us that we need to change our outlook and perspective on life. “Hail To The Queen” is a fun banger but discusses going through the worrisome moments together. Unity makes us stronger and eases any stressful matter is what the song relays. The chorus really emphasizes that belief.

Compared to their former records, Healer is light-hearted and less energetic, but still has an electro alt-pop essence that Grouplove fans should still hear. Healer is definitely the most vulnerable side Grouplove has shown. With the expertise of producers Dave Sitek (TV on the Radio) and Malay (Lorde, John Legend), they all helped create Healer. The album ends with “This Is Everything” because what else are we going to lose? Let’s live in the now, stay positive, and look at the brighter things in life. Just like in their lyrics “Ahead Of Myself”: They’ll be no worries ’bout tomorrow.

In the current climate where the Coronavirus pandemic has taken over, Healer came out at a perfect time because what our community needs is an album to provide escapism and hope for our uncertain future.