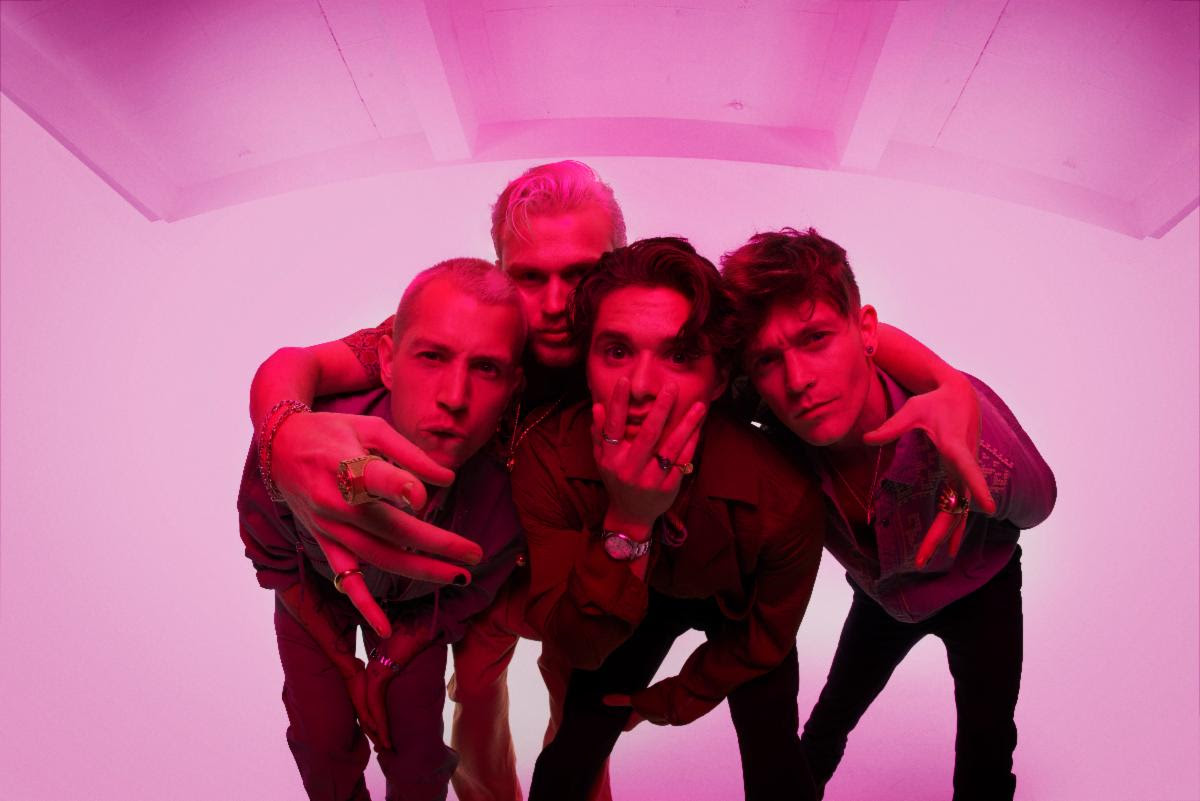 With the release of their highly anticipated fifth studio album ‘Cherry Blossom,’ The Vamps have officially returned from a two-year hiatus. The LP follows up the band’s dual LP ‘Night & Day,’ Night Edition and Day Edition and is notable for the band’s progression in growth, having had more of a hand in the production, as well as for its relatability for the lyrics. Lead singer and songwriter Brad Simpson stated, “Fans want more context to music now, they want more subtext to it. You’re doing them a disservice not to evolve. To not be authentic. The idea is to bring them on a journey with us, as they grow up too. We’re writing about stuff we haven’t necessarily touched on before.” The quartet describes the material as their most personal with lyrics touching on the ups-and-downs of a relationship and their own personal growth as men in their mid-twenties. “We unlocked where we wanted to go in terms of our own aspirations,” Simpson explains. So while the playful, bouncy-castle-in-song-form “Married in Vegas”, propelled by a buoyant Elton John-esque piano riff, is about throwing caution to the wind, songs like the pensive ballad “Would You” deal with the insecurities that crop up in seemingly perfect relationships, while the sentiments of not settling is echoed in the lyrics to second single “Better” – “I won’t settle for less than best, we can do better than this.”

Brad Simpson spoke with B-Sides host Pete Mar about ‘Cherry Blossom’, reflected on the band’s evolution over the past seven years since their debut and more.

Brad Simpson of The Vamps Talks 'Cherry Blossom', Reflects On Band's Seven Years Since Debut
The Vamps - Nothing But You (Blossom Sessions)