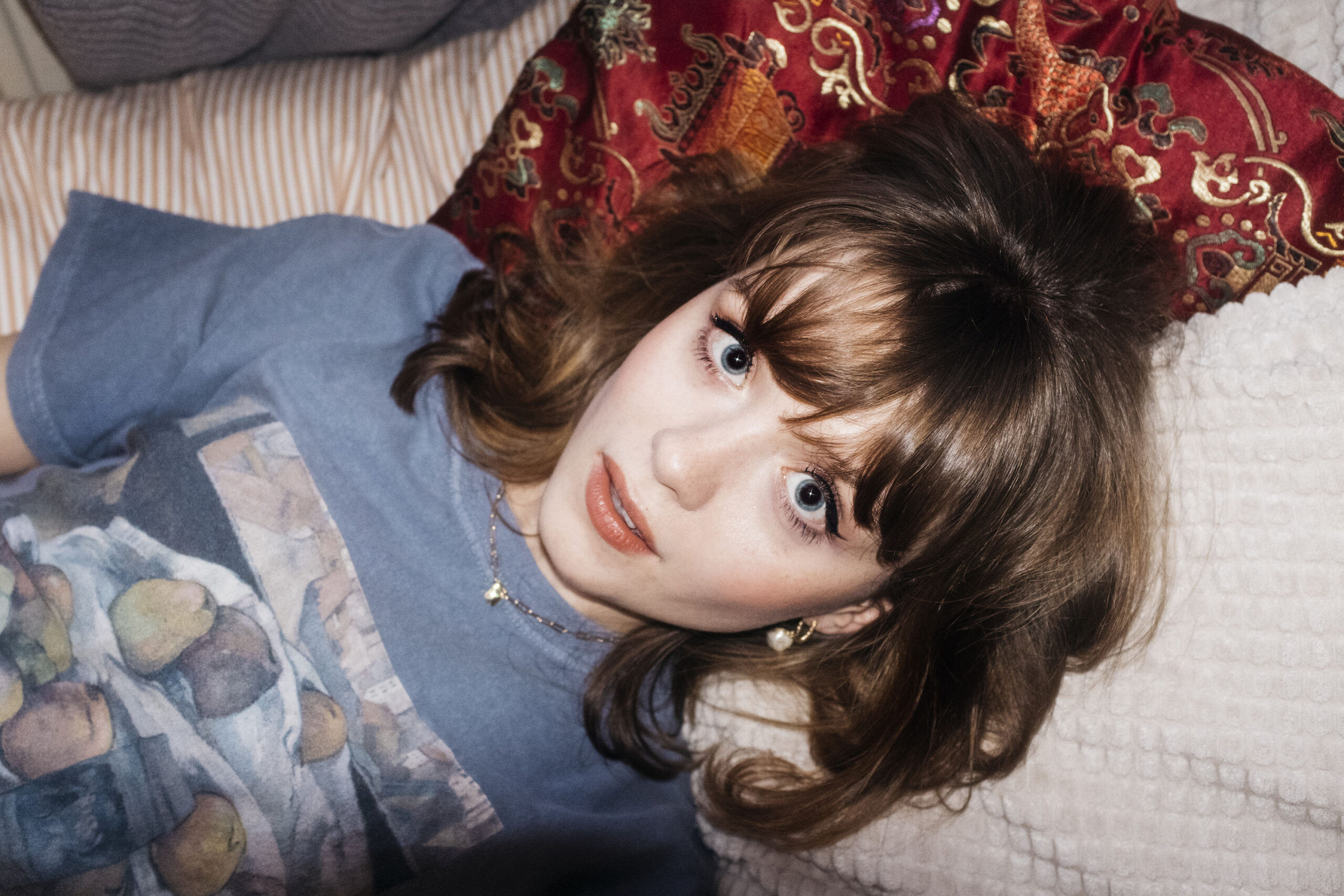 From the title alone, you can guess the cinematic nature of West Sussex-born pop singer Maisie Peters’ latest single “John Hughes Movie”. The 20 year old singer-songwriter has been wildly successful over the past couple years, gaining the attention of some of the best musicians in the game such as Phoebe Bridgers, Sam Smith, and Taylor Swift. Perhaps they’re attracted to her incisive songwriting, or her tender chirping voice, or her ability to craft catchy yet gripping pop songs. “John Hughes Movie” is the first new music since her song “Smile” was included on the soundtrack album for the movie, ‘Birds of Prey’. The song centers around the high school melodrama of a prom date gone wrong. Peters uses this nostalgic setting to impose a subversive message, rejecting the idea of high school happily-ever-afters that has been so ingrained in teen culture because of these major films. Of the throwback references and the cultural nostalgia of the song inspiration and video, Peters stated, “especially right now, with the fact that we’ve been all essentially inside for a year and been unable to make new memories, I think now more than ever there’s this desire and this longing to go back to a time that feels like it’s real to us that we remember it for some of us, or we can see bits of today in it. I think it’s just escapism and romanticizing the best bits of that era.” Peters is currently working on her debut album, while she’s mum about it’s subject matter, the collection will be something she says will take the combined knowledge of writing and recording her previously released EPs.

B-Sides host Pete Mar spoke with Maisie Peters about her memorable experience during her debut show in San Francisco, her latest single, “John Hughes Movie”, prepping for her debut LP and more.