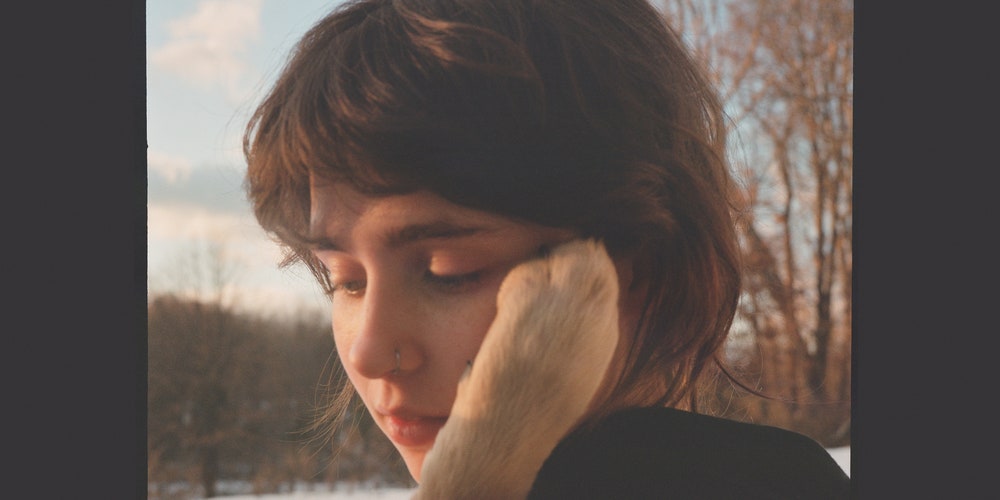 ALBUM REVIEW: ‘Sling’ is Clairo at Her Most Vulnerable, Yet Self-Assured

I remember stumbling upon a young Claire Cottrill on YouTube in 2017, bopping around her bedroom to the sassy lo-fi hit “Pretty Girl”. I remember being instantly hooked by the song, with its catchy chorus and DIY ethos, but also being immediately drawn to Clairo. The late 2010s saw the rise of many of these homegrown artists, with the popularization of streaming allowing listeners to determine who the next generation of rising artists would be. Seeing Clairo dance around her childhood room, singing this carefree, cheeky song felt so relatable, and it made me want to root for her. Millions of people had this same experience, and when Clairo quickly snagged a record deal, it was off to the races.

In the summer of 2019, her debut studio LP ‘Immunity’ was released, and this became our first look at the artist Clairo would become. ‘Immunity’ beautifully inducted Clairo into the indie pop world, sealing her commercial success with “Sofia”. ‘Immunity’ was a record that maintained the youthfulness of her homegrown projects, lingering on the stolen glances, private desires, and the unadulterated giddiness of being young, naïve, and experiencing everything as a series of “firsts”. The album painted a portrait of a young artist who is keenly aware of her own emotional insightfulness but is quietly searching for the secret to understanding those around her.

Then on June 11th, Clairo shared the single “Blouse”, announcing her new album ‘Sling’ would be released the subsequent month. From the moment I heard “Blouse”, I knew to expect the unexpected on this new record. The song was much more restrained than anything off ‘Immunity’, with Clairo’s soft, wafting voice and a fingerpicked acoustic guitar as its centerpieces. It was a bittersweet track, with the young artist wondering, “Why do I tell you how I feel, when you’re too busy looking down the blouse?”. It’s a heartbreaking lament. On ‘Immunity’, Clairo told us all how she felt all the time, giving us a unique window into her internal world as she interacted with friends and lovers alike. But to Clairo, it felt like everyone around her was more concerned with her image as a Gen Z icon, pushing her to use her sexuality as a PR asset. What’s more heartbreaking than that realization is how Clairo chooses to process it, singing, “If touch could make them hear, then touch me now.” It’s a portrait of the grueling emotional commitment women in the music industry must make, and the tragedy of that final chorus line makes us hear her plea to truly listen.

‘Immunity’ showed us a young artist deeply connected to their own vivid inner world, yet searching for a point of entry into others’. In some ways, the album reflected the innate insecurity of being a young person, where you lack the context and experience that reveals who you are and who you aren’t. “I’m stepping inside a universe designed against my own beliefs,” she sings on the Sling’s opening track “Bambi”. As Clairo has grown, she’s less concerned with fitting into this new world she’s found herself in. There’s a self-assurance inherent in that line, where Clairo has begun to realize her values and beliefs, and recognize the clash between her inner and external universe.

‘Sling’ really shows Clairo’s growth from that teenager dancing in her bedroom. The past 5 years have been a whirlwind for Cottrill, and she’s had to rapidly learn that not everyone will like you, not everyone will stay for long, and that you can only find peace if you learn to be content alone. “Harbor” marks the beginning of the apex of these epiphanies, with Cottrill quietly hoping she’ll take care of her future self as she realizes her relationship is over. “Harbor myself away from everyone else, I’m half awake and intimate, eyes closed and I’ll commit, what I wish I had with you, I’ll pretend until I do,” she sings, recognizing that she can’t run from being alone.

“Just For Today” comes right after, and is a powerful portrait of her mental health. Clairo sings about the night she called the Suicide Hotline, desperate to discover when she’ll grow out of the anxiety and depression that has chased her through her youth. But she celebrates the quiet stillness the pandemic brought, saying, “I won’t be worrying anyone on tour”. Instead of running from her issues, Clairo is ready to be still, embracing quiet contemplation. It’s refreshing to see an artist whose image and perception has been debated so ruthlessly in the public discourse and by industry executives since her viral introduction gaining such self-assurance.

“Joanie” is a tender instrumental ode to Clairo’s adopted dog, coming just after the heartbreaking “Just For Today”. The love Clairo has for her dog is evident from her adorable feature on Sling’s album cover, and the lack of lyrics feels like a testament to their relationship. Cottrill finds respite in the wordless communication and reciprocal affection between her and Joanie. When people have put her through so much, she knows she can be content with just her and her dog. “Joanie” shows us how Clairo is concerning herself less with the workings of people, and that focus has turned inward as she tries to understand herself.

“Amoeba” is another standout track on this record. This is one of the most lively tracks on the album, invoking the glamor of disco and Japanese pop while still maintaining an organic, uniquely Clairo sound. “Zinnias” is another point of energy, where the young artist imagines her life if she settled down like her sister. It’s the most jubilant track on the album, but it’s a short-lived fantasy.

Exploring more of her emotional epiphanies and ruminations on the music industry, “Management” closes the album by setting our sights on the future. “’Management’ is about wanting so badly to have a home and really feel capable on my own, but not knowing when or how I can do that,” Clairo said in an interview. Although she may be unsure of how she will come to build that home, Clairo has identified her desires and the person who she wants to be. Instead of looking to others, Clairo uses ‘Sling’ to make these discoveries, growing her roots a little deeper in the process. There’s a famous quote from Socrates that goes, “The only true wisdom is in knowing you know nothing.” As Clairo explores the unanswered questions about herself, we are sitting in the passenger seat, watching her get all the wiser.

Sonically, ‘Sling’ is remarkably restrained, but not confined to minimalism. Working with legendary producer Jack Antonoff, instead of the bouncy indie-pop we’ve come to expect, Clairo ventures into a distinctly nostalgic 70s folk sound. Many artists working with Antonoff recently have drawn 70s comparisons, but on this album Antonoff sounds deliberately referential. It works so well here because Clairo’s voice grounds us in the contemporary while showing a profound appreciation for that nostalgic sonic palate. The percussion is especially stripped back, providing the bare-bones kick necessary to propel the album forward without the slightest sense of raucousness.

‘Sling’ centers around Clairo’s layered vocals, which are transformed into whispering bird-like melodies on tracks like “Partridge” and “Wade”. Often times, her voice is so central you can hear the movement of her lips, almost able to feel her cool breath as she whispers in your ear. On each track, Antonoff infuses this swirling atmosphere with the brief feature of saxophone, Kalimba, chimes, and dozens of other instruments. But again, there is a deliberate restraint, even with the momentary encounters with these flourishes. That swirling energy is profoundly cinematic, with each instrumental detail offering its own character vignette for a brief moment. The album is exceptionally cohesive in it’s soft vintage sound, but that makes some of the weaker tracks like “Partridge”, “Reaper”, and “Little Changes” all the more forgettable. At her strongest, ‘Sling’ feels like Clairo summons the spirits of Elliot Smith and Joni Mitchell, and those high points make up for the few tracks that are simply pretty.

Overall, ‘Sling’ gives us Clairo at her most vulnerable, but is somehow the most self-assured we’ve ever seen her. With each project, we’ve seen Clairo go from the audacious young girl making music in her bedroom, to young adult trying to figure out how she’s perceived by others, to the young woman who is growing tired of the expectations and judgements of others, searching for who she wants to be beyond the stardom. It’s that reflection, care, and sonic clarity that makes ‘Sling’ Clairo’s most personal and profound work yet.