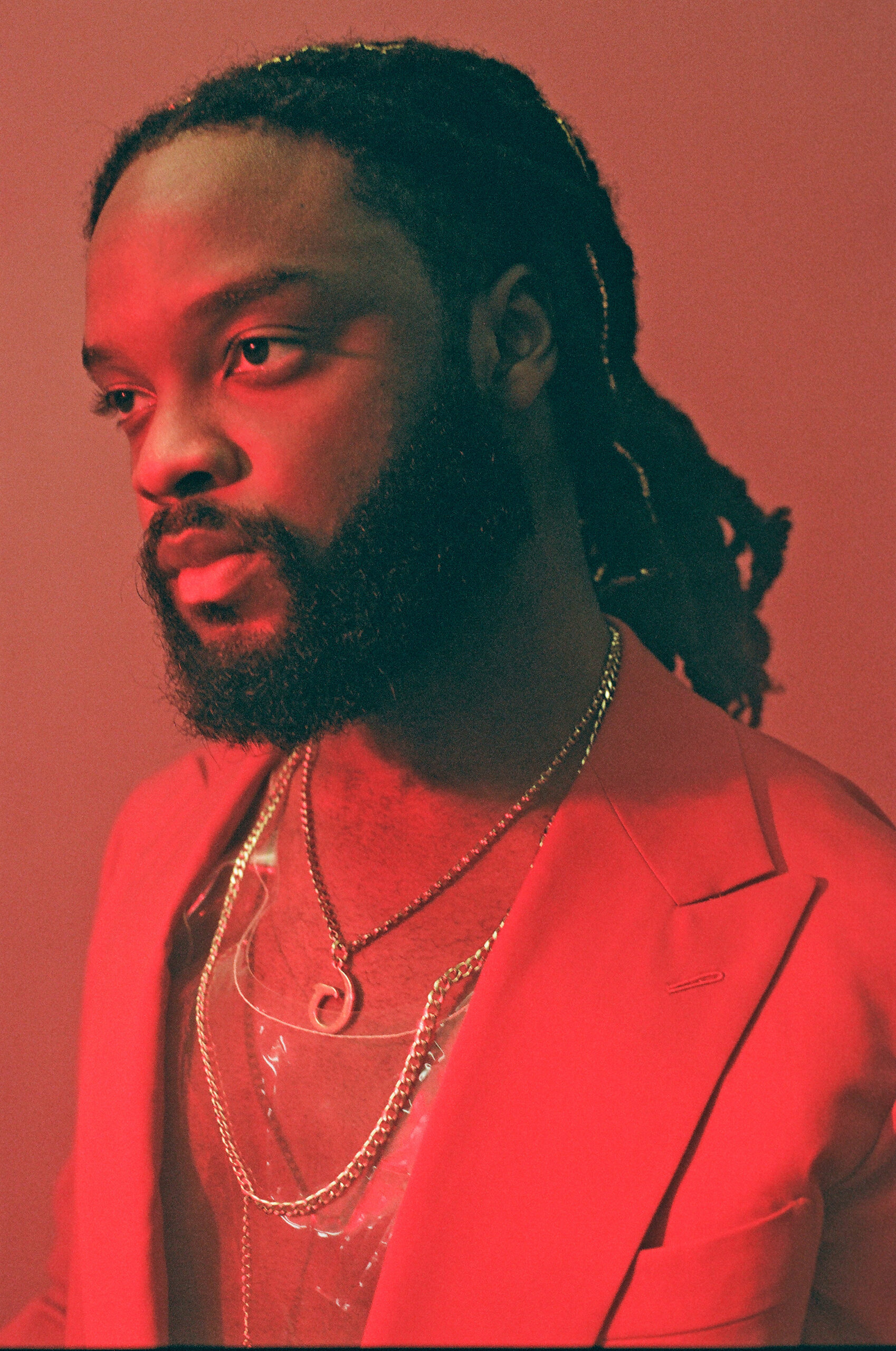 Genesis Owusu just released his debut album ‘Smiling With No Teeth’ earlier this year, which is a poignant portrait of Owusu’s mental health and experiences navigating the world as a black man. “Smiling With No Teeth is performing what the world wants to see, even if you don’t have the capacity to do so honestly,” says Owusu. “Slathering honey on your demons to make them palatable to people who only want to know if you’re okay if the answer is yes. That’s the idea, turned into beautiful, youthful, ugly, timeless and strange music.”

The Ghanian-Australian artist uses his music to amplify his message, oftentimes using it as a diversion so he can slip his biting commentary in unnoticed. On “Centrefold”, Owusu uses a sultry smoothness to illustrate the insidiousness of his depression, and an opulent instrumental masks the lyrical loneliness and isolation on “Gold Chains”. This tendency creates a really interesting listening experience, where your attention is constantly being caught by the critical lyrics, only to be swept up in the instrumental smoke screen. It’s an ambitious concept for a debut album, but Genesis Owusu’s keen ear and clear vision ground the record.

We’re so excited to have genesis on the show today to talk about the making of ‘Smiling With No Teeth’, growing up longing for black role models, and more.