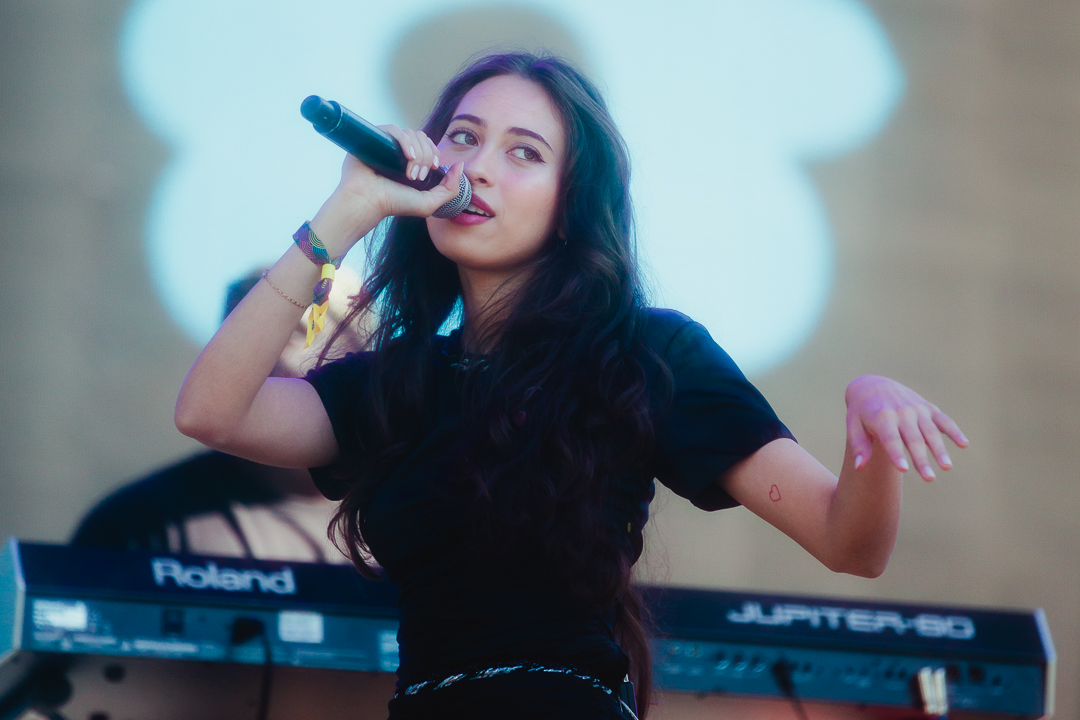 Ever since Sofía Valdés released her debut EP ‘Ventura’ earlier this year, she’s gone on to garner strong positive reviews and praise while growing a strong fanbase that’s gravitated to her music. Upon releasing ‘Ventura,’ Valdés felt a deep connection to her cultural roots, the singer stated, “The deeper I get into working on my music, the more I realize how much it’s connected to the music that people in my family were making a long time ago.” Beyond her Panamanian background, Valdés has a lineage of musical inspirations in her own family. Her great-grandfather was the legendary Cuban musician Miguelito Valdés, and her great-great-grandmother was Silvia De Grasse, a famed Panamanian singer who once performed with Louis Armstrong. Valdés has been named the face of luxury brand Chanel in Latin America, just made her U.S. festival debut at Outside Lands in San Francisco and is currently on tour with Boy Pablo.

Sofía Valdés spoke with B-Sides host Pete Mar at Outside Lands 2021 about her recent US performances, new music and more.