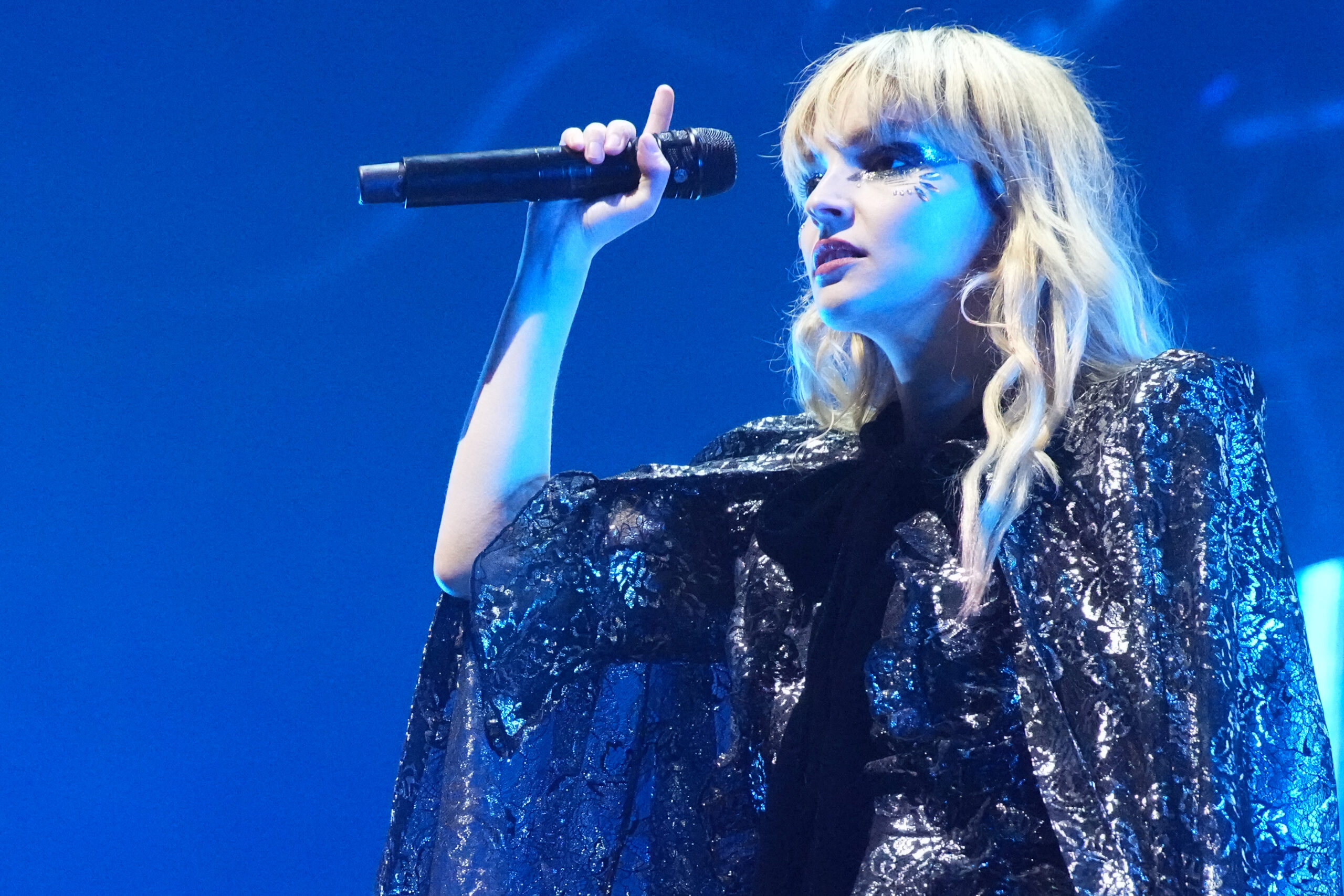 Performing in the second to last city of their North American fall tour, CHVRCHES brought much excitement for fans to see them perform songs from their latest album, ‘Screen Violence.’ The album has garnered much critical praise from both critics and fans alike, so seeing songs like “How Not to Drown,” “California” and “He Said She Said” performed live was long anticipated and more than fulfilling. Lead singer Lauren Mayberry continues to be one of the best live performers as she twirled about the stage at times, while engaging the crowd and hyping them up during other moments. Donning a cape during the opening set of songs, Mayberry switched costumes prior to performing “Good Girls” and yet again before “Final Girl” as the show was structured similar to a three act play. With much of the show featuring songs from ‘Screen Violence’, there were plenty of CHVRCHES staples such as “Recover,” The Mother We Share” and finale, “Clearest Blue”. In a special bill that included an all female lineup (as Mayberry herself noted during the set), Wet Leg and Donna Missal preceded them and rounded out a solid show from start to finish. Wet Leg has been garnering much critical praise ever since they released their debut single, “Chaise Lounge” earlier this year and performed a solid set featuring songs from their upcoming debut album. Opener Donna Missal has been an exciting act to follow over the last few years and her vocals really shined during her set. Highlighted by songs from her album ‘Lighter’, which she released last year, Missal was impressive as she performed “Let You Let Me Down” and “Hurt By You”.

Check out the photos below!