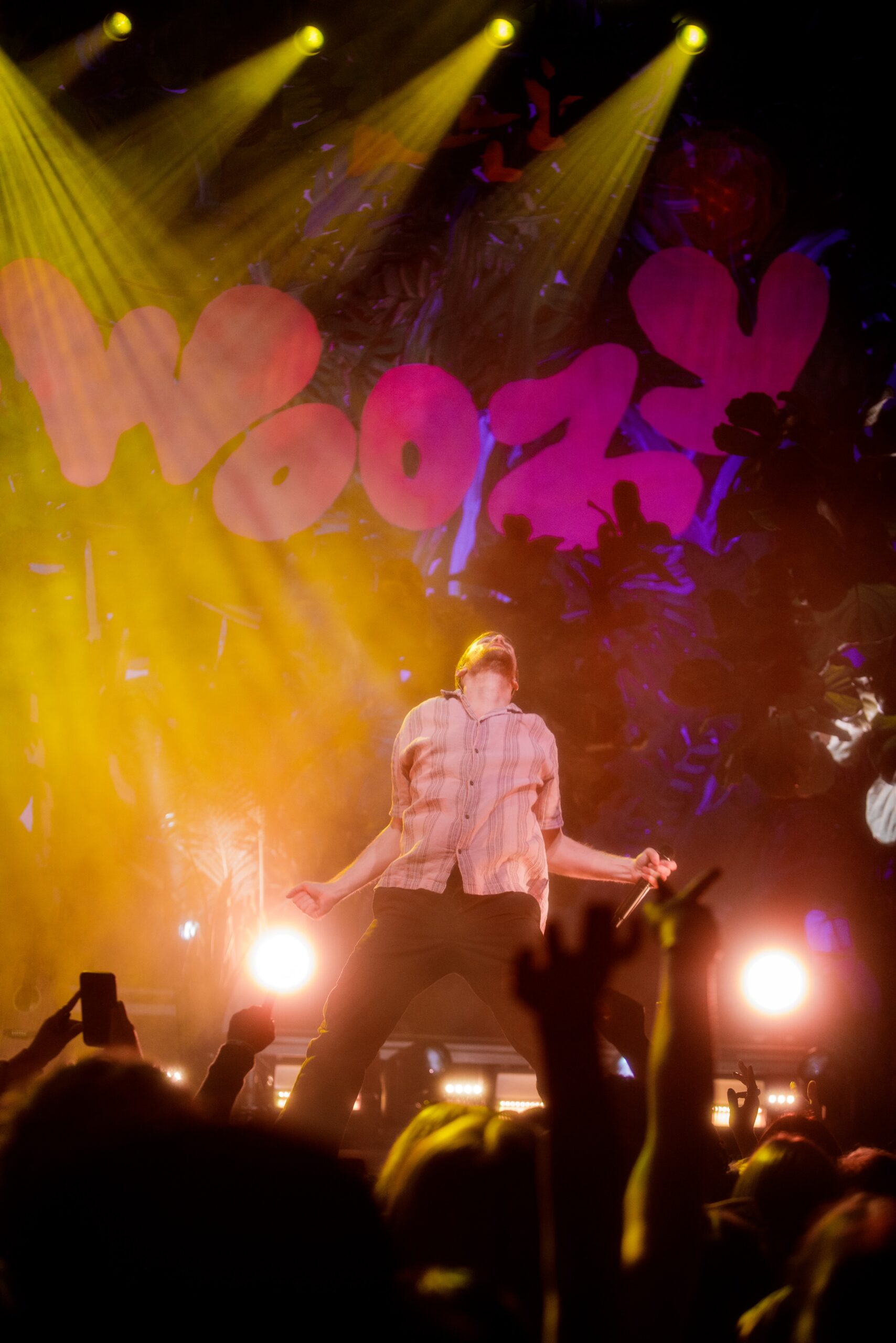 The long-awaited slew of hometown shows finally took place for San Francisco Bay Area native Still Woozy over the course of three days, March 7, 9 and 10. The show on March 9th at the Warfield in San Francisco was a sold-out affair that saw fans lined up early to get a good spot to see him perform songs from his debut album, ‘If This Isn’t Nice, I Don’t Know What Is’. Born Sven Gamsky, Still Woozy made it clear how much it meant to him to be playing his biggest venue to date in front of family and friends who came to see the artist who grew up in nearby Moraga, CA. The crowd was instantly engaged right from the start of his set, opening with “Window,” which was followed up with the smooth bouncy track, “Rocky”. As he switched between playing guitar and singing, Gamsky was just as energetic as the crowd, running back and froth across the stage, jumping and dancing along with the audience. Taking a breather with one of his older tracks, many in the audience crooned along to “Cooks” before he followed it up with the more current songs in “Get Down” and “Drake”. Winding up with his breakthrough song, “Goodie Bag,” Still Woozy had the audience in a frenzy as they danced and sang along to end a most triumphant night. Check out the photos.