Hiatus Kaiyote hopped across the pond from Australia to perform at Big Night Live in Boston, MA for their Mood Valiant USA Tour.

Nai Palm, the lead vocalist of Hiatus Kaiyote, introduced the audience to the opener of the night. Dominic Wagner – otherwise known as Cazeaux O.L.S.O. – commanded the stage with only his voice and SP404sx beats. Wagner’s stage presence combined with his lyricism is powerful to witness. His hand gestures and delivery mimicked those of a professional public speaker. While he poked fun at himself by checking a stopwatch to see how much time he had left, his opening performance was captivating and profound. Wagner told stories through rhymes and bass-heavy production that instigated deep thought and reflection. For one of his last songs, he involved a back and forth banter between himself and the audience. Cazeaux O.L.S.O. is a storyteller and an artist to keep on the radar. 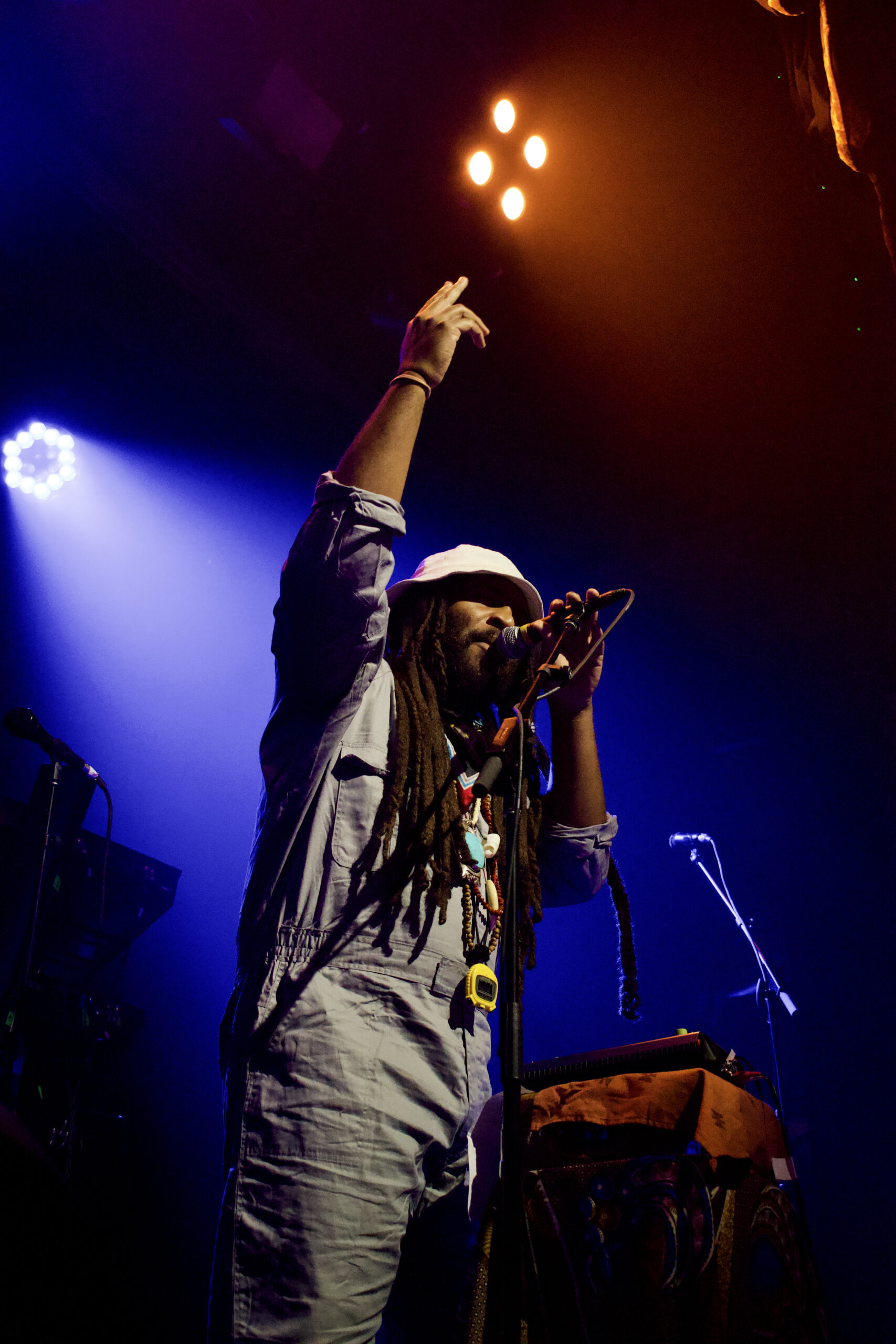 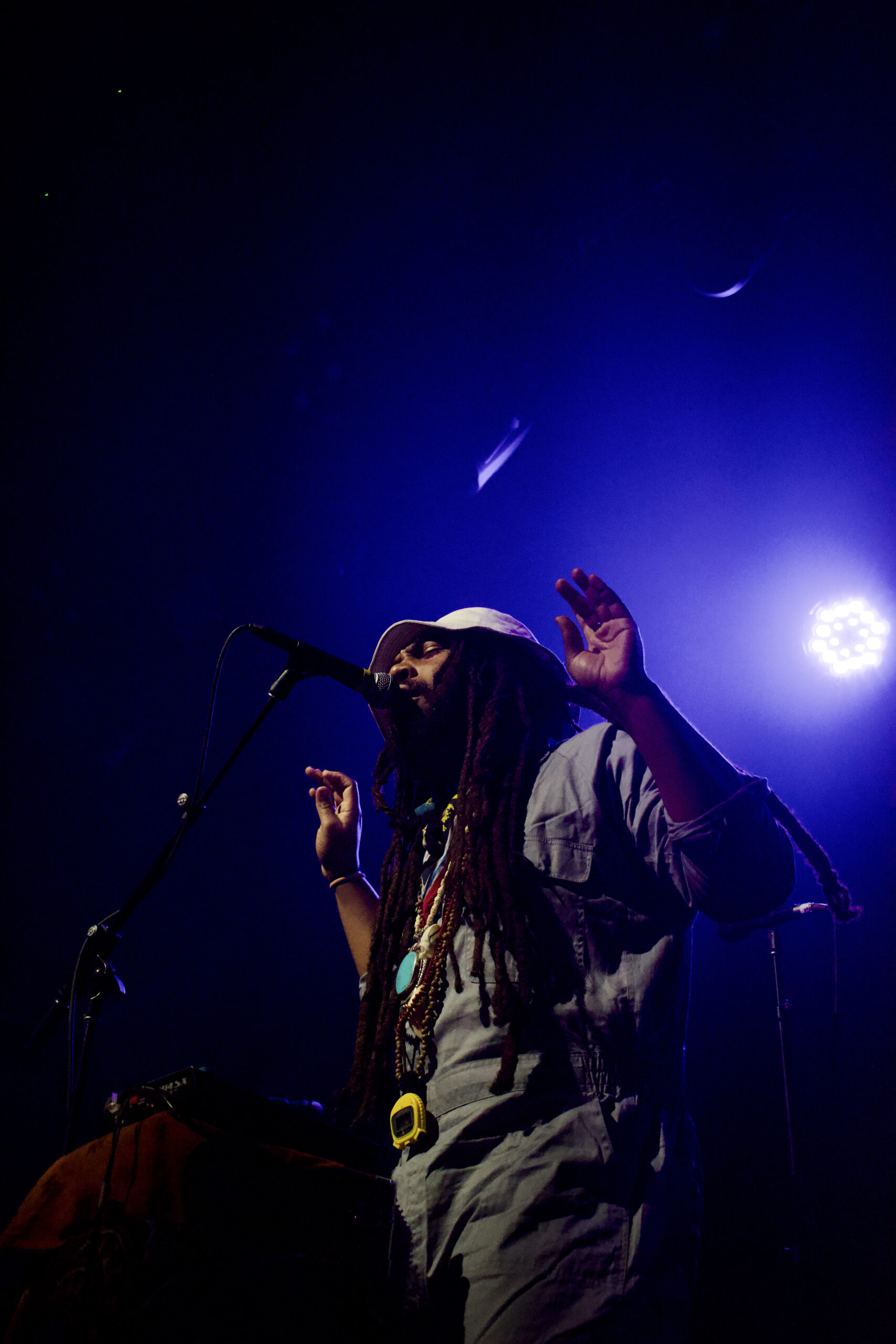 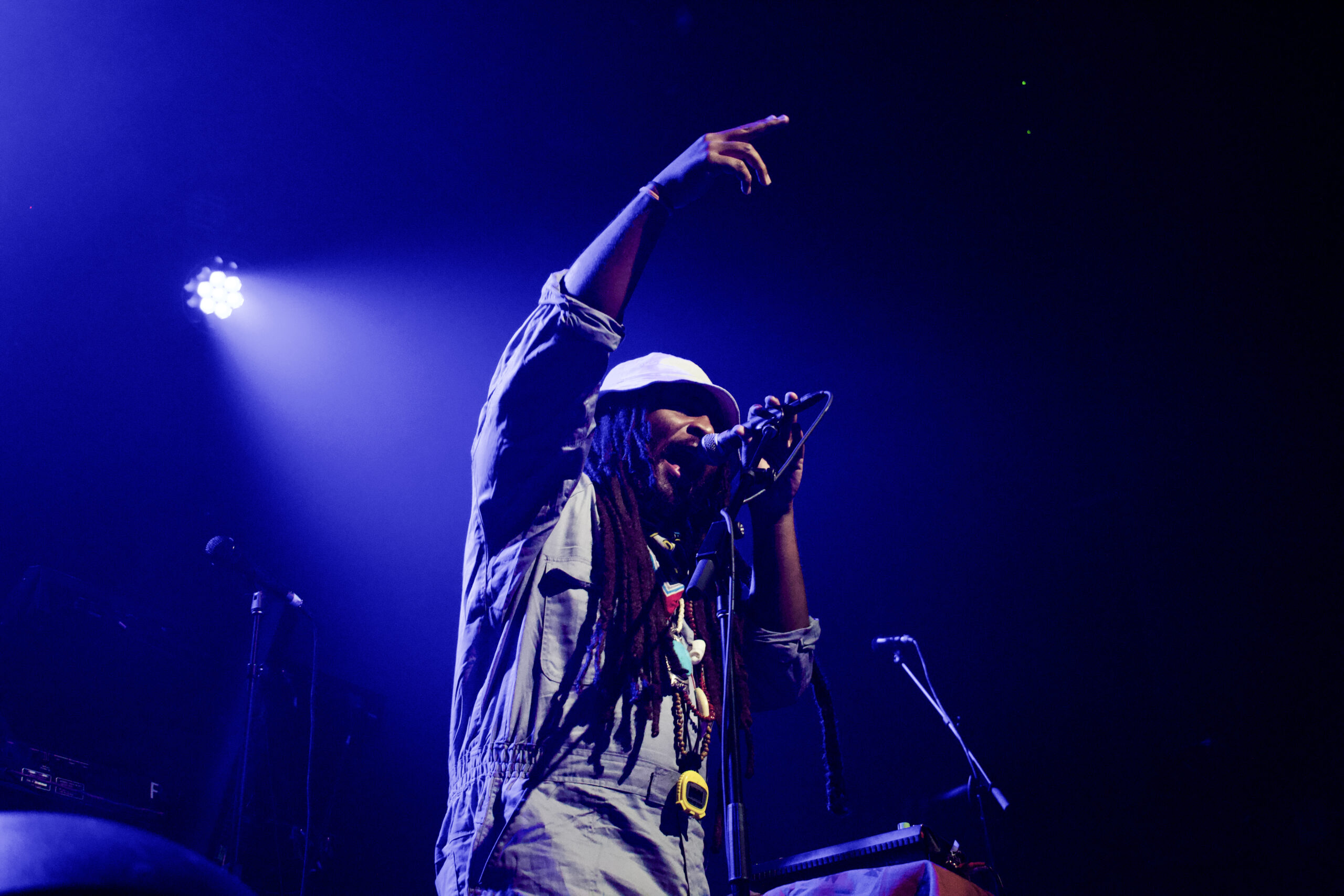 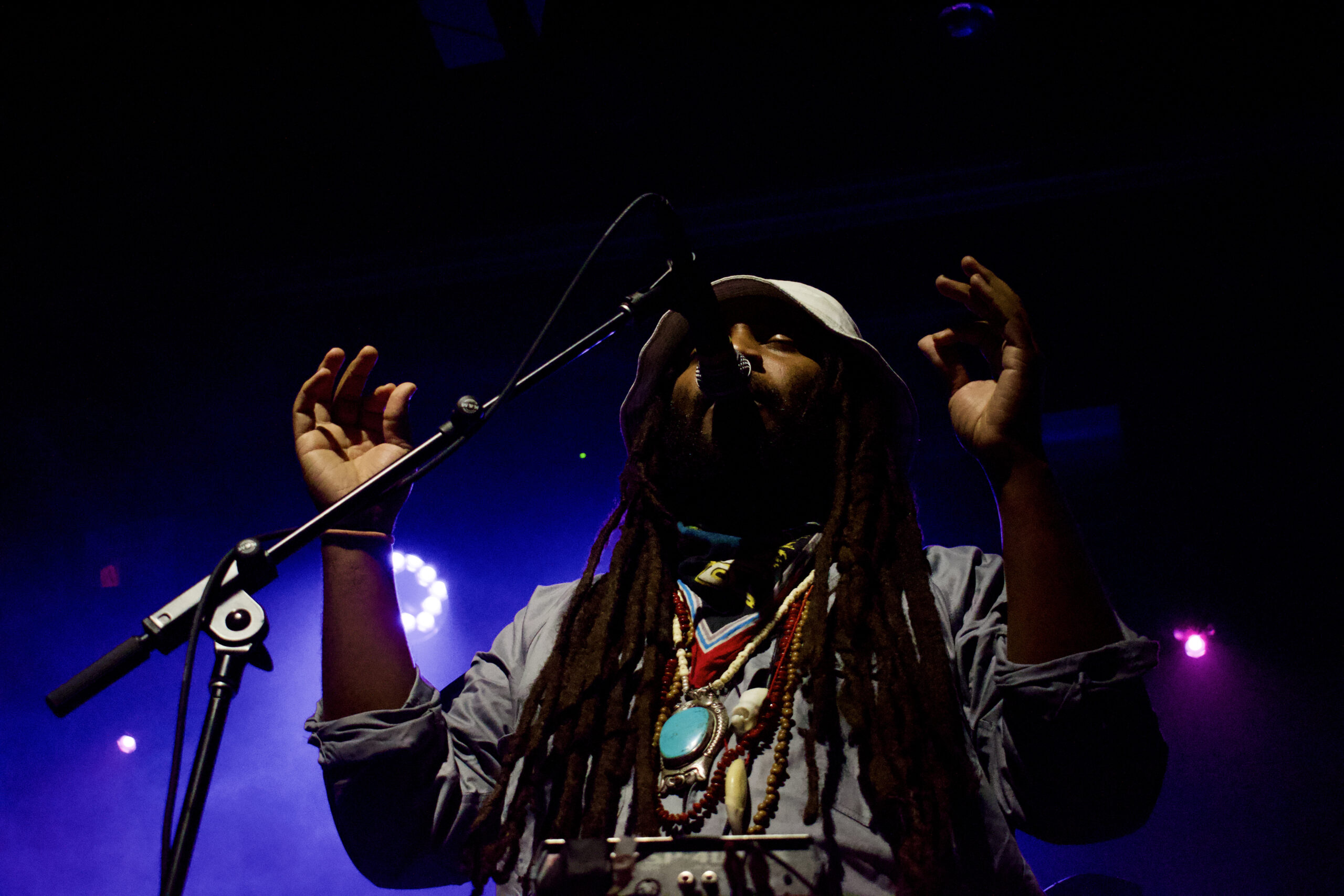 Hiatus Kaiyote opened their set with “Rose Water” in 5/4 time signature. They first performed songs off of their latest album Mood Valiant, which included “Get Sun”, “All The Words We Don’t Say”, and “Blood and Marrow”. The energy was then maintained high with “Molasses” (Choose Your Weapon) and “Chivalry Is Not Dead” (Mood Valiant). There was a brief transition into calmness with “Red Room” (Mood Valiant) that was immediately followed by a sampler of previous albums. From Choose Your Weapon, Hiatus Kaiyote brought “Swamp Thing” and “Building a Ladder” back to the stage. After “The World It Softly Lulls” from Tawk Tomahawk, the band ascended into what Nai described as “Bleep Bloop Time”, which is a designated time for bleeping and blooping improvisation.

However, this is not your typical “Bleep Bloop Time”. It was “BLEEP BLOOP TIME” where chaos ensued and jazz morphed into heavy metal.

After the bleeps and bloops, Hiatus Kaiyote performed “By Fire” (Choose Your Weapon) and “Nakamarra” (Tawk Tomahawk). The music calmed down to “Sparkle Tape Break Up” and “Stone Or Lavender” from Mood Valiant. When they returned for the encore, they closed the show with more tranquil songs off of Choose Your Weapon – “Borderline with My Atoms” and “The Lung”.

The band was incredibly cohesive. In between every few songs, the instrumentalists would do short improvisations while Nai tuned her guitar. As a fan of their discography, their performance sounded even better live than in recordings. On top of that, Nai’s vocals sounded even better live. Her high little “hee’s” echoed so flawlessly within the instrumentation. The audience gushed over Nai Palm’s voice and rockstar stage presence.

While the band meshed together, the background vocalists’ sound projected too much or too little at times. This may have been an issue in mixing or volume changes in between songs. The song choice had a progression of mid-energy to high-energy to low-energy songs, like an exothermic reaction graph. Theoretically, this is logical for calming the crowd down to the end of the set. Yet, in execution, not really. The audience was exhausted halfway through the set, around the “bleep bloop” section. To combat concert fatigue, the softer songs should have been switched with the high-energy ones. This switch in song order would end the concert off with a bang, similar to the progression of a fireworks show.

The band members were situated as such from stage left to stage right: Jace Excell, Alejandro “Silentjay” Adapo, and Laura Christoforidis on background vocals; Simon Mavin on keyboard; Eric the dinosaur from Japan; Nai Palm on lead vocals and guitar; Paul Bender on bass; Perrin Moss on drums. The five platforms staggered like the five Olympic rings. Again, in theory, I think this placement allows the audience to see the band in an organized fashion. In practice, this stage setup does not encourage visible interaction between the band members.

The light design was vibrant and colorful, but not necessary. In my previous concert review, I wrote about how the light design added to Beach House’s performance. For Hiatus Kaiyote, the light design did the opposite. The lights subtracted from overall enjoyment because it is sensory overload. The music and performers are already stimulating enough and should be the main focus of the show. In this case, the lights steal the focus and overstimulate the senses. Flash warning for future concert attendees during “bleep bloop time”. The visuals by timeboy were beautiful, but belong more in digital settings than broadcasted live.

The demographic was mostly young adult jazz/soul lovers. Generally, everyone was mindful of giving each other room and their own personal space bubble. People danced and grooved to the music.

Big Night Live is within the complex that houses TD Garden and Boston North Station (and also holds Guy Fieri’s restaurant). There was a main general admissions floor with tiers and tables and booths around the main floor. This was a bigger venue, since the stage had a barricade. Though, being situated at the front coupled with an audience that values personal space made the barricade satisfactory.

The merchandise consisted of mostly black tees. There was one blue tie-dye shirt with a beautiful design and some physical CDs and vinyls, but the entire inventory did not reflect the merchandise online. There was not a lot of variety.

Holistically, the concert was good. Hiatus did a fabulous job on stage and captivated its fanbase. The band and production team have talented individuals. I gave it an 8 because the lights were too overpowering and the setlist exhausted the crowd. Nevertheless, I – being a fan – am blessed to have seen Hiatus Kaiyote live and take pictures of them on stage.