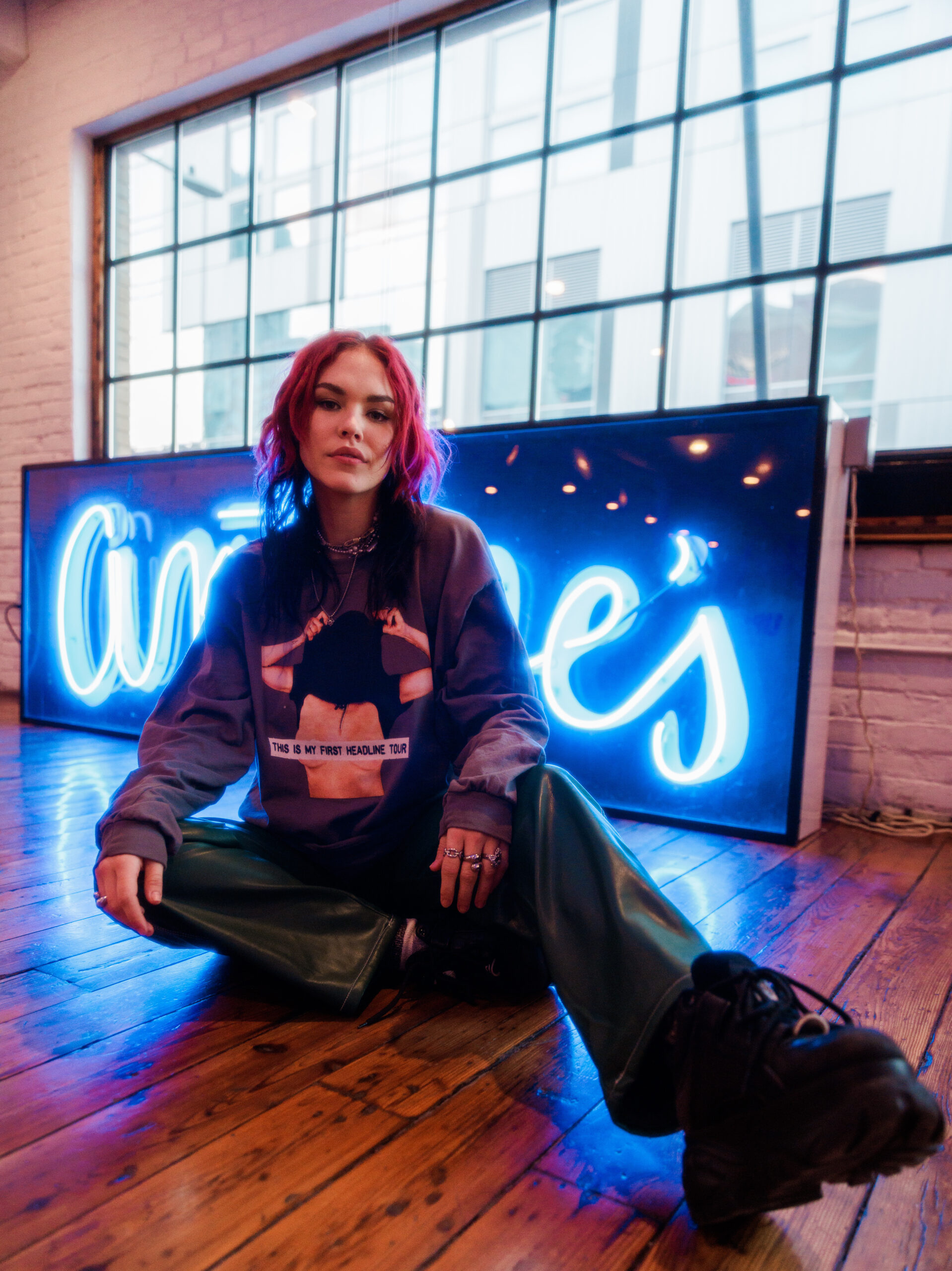 Fresh off the release of her latest single “Antsy” UPSAHL is currently on the road for her fall headline tour throughout the US. The singer-songwriter has been busy in 2022, having released the single, “Monica Lewinsky” and touring with the likes of Fletcher, Yungblud and K.Flay earlier this year. Known for her engaging and lively sets, UPSAHL lived up to her reputation and then some during her sold-out show at Antone’s in Austin, TX. Kicking off the set with the title track of her debut album, ‘Lady Jesus’, the crowd welcomed UPSAHL with a roar and phones in the air dancing and singing. The euphoria would continue as she went into “Time of My Life”, “Money on My Mind” and “Thriving”, the latter inspired many hands in the air while dancing, something that was consistent throughout the night. Vibey songs like “IDFWFEELINGS” and “Arizona” had the crowd grooving and really showcased UPSAHL musicianship as she switched between bass and guitar, something the occurred frequently throughout the set. Her cover of “3 Nights” originally done by Dominic Fike was a standout that had many in the audience singing along. The night ended with the ultimate party jams in “Lunatic” and “Drugs”, the former that saw UPSAHL jump into the crowd to dance and sing along to the upbeat number. Just as her talent is front and center on her recordings, UPSAHL’s live shows are equally entertaining and demonstrates how much more her music connects with the audience.