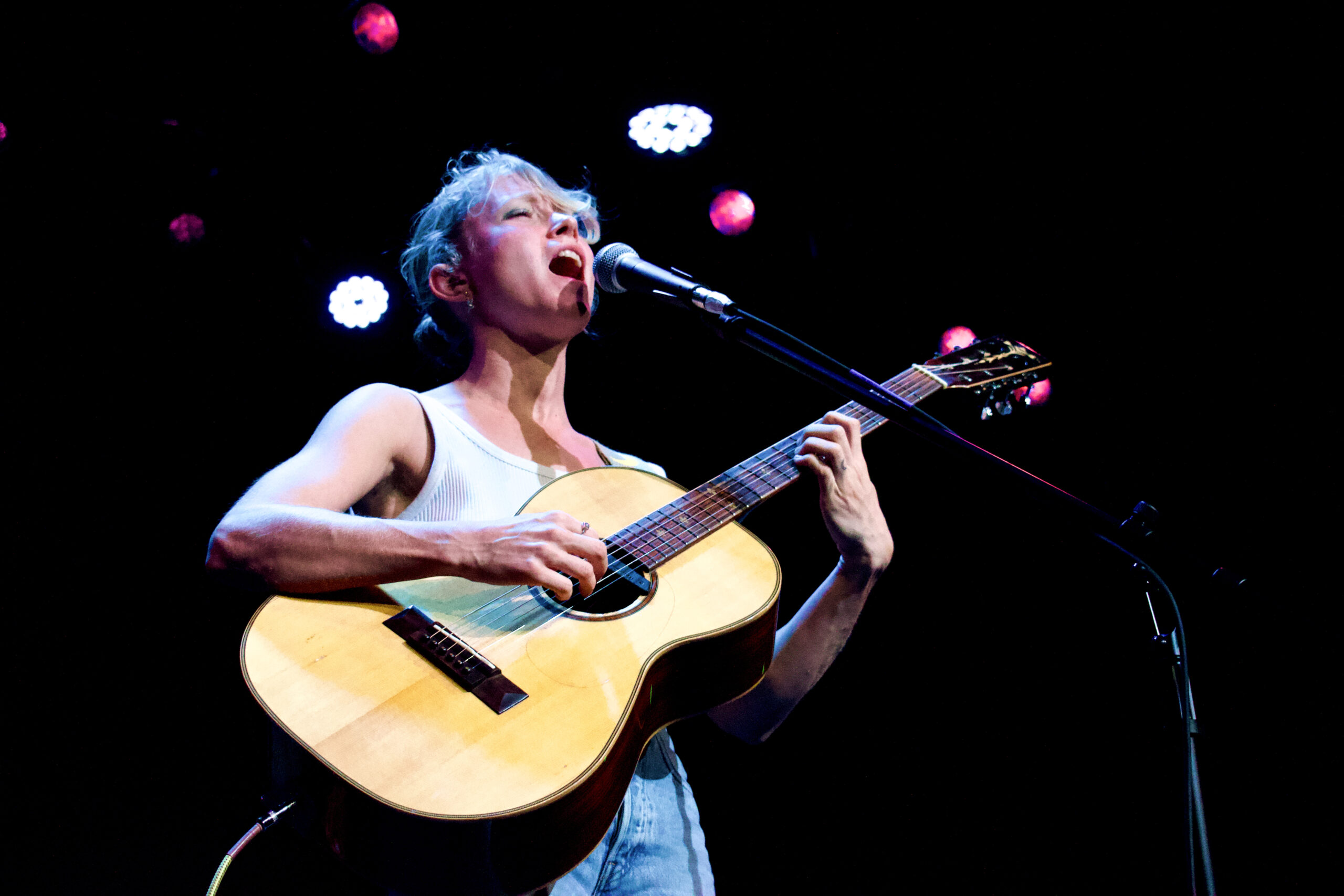 Alice Phoebe Lou opened with an intimate solo act for Billy Bragg in Westerly, RI at The United Theatre.

The lights dimmed, and Alice Phoebe Lou took the stage with her guitars. She began her set with a cover and an unreleased song. Her dynamic range and expressive lyrics immediately captivated the audience into silence. All eyes and ears became all her’s. Although the listeners were not familiar with Lou’s discography, they were receptive to the performance she was about to deliver.

From the album Glow, Lou performed her songs “Velvet Mood”, “How to Get out Of Love”, and “Dirty Mouth”. She also played some of her more tranquil songs off of the album Paper Castles, which included “Nostalgia” and “Something Holy”. While switching in between more upbeat and melancholic songs, Lou switched between her acoustic and electric guitar. In her more high-tempo selections, Lou sang the first song “Underworld” off her most recent album Child’s Play and her most popular single “Witches”.

Lou’s one-woman act was intimate and personal as she conversed with the audience. She talked about her recent days in New England, from being scared by a fake skeleton to enjoying the coastline’s oceans. 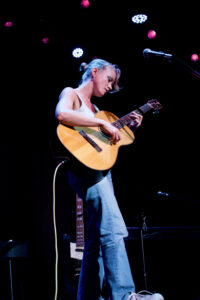 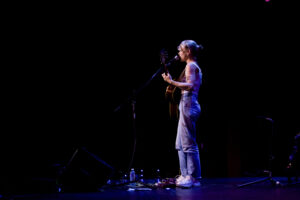 Lou performed center stage with purple lights above and a spotlight. The lighting remained constant throughout the set, and this complimented her performance very well. Her voice and stage presence is enough to get to the heart of the audience. Thus, there was no need for additional lighting and effects to enhance the opening act.

The Venue’s General Admission consisted of seats, which was a surprise with my expectations of a small indie concert. The seats were very comfortable.

The audience was mostly there to see Billy Bragg. My friend and I on the other hand were the only Alice Phoebe Lou fans in the audience. Nevertheless, this proved beneficial to us because we had the opportunity to connect with her during intermission…

And this brings me to my next point. Lou was only allowed to display three of her vinyls and a t-shirt in the merchandise section. However, my friend and I obtained 7” vinyls that Lou retrieved from her car.

Overall, seeing Alice Phoebe Lou was a very cathartic experience. Though, sometimes the holistic vibe is not about the artist, but about the audience…and this audience was strange. Hopefully, in the future, I will see Lou’s headline shows with her band and will feel comfortable bouncing freely in general admission.