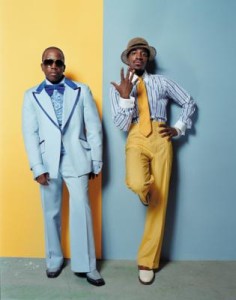 Like we’ve all been anticipating, the rumors are true.

It has been confirmed that Big Boi and Andre 3000 will reunite at Coachella this year, after a recent interview with producer Rico Wade hinted at the idea of getting his cousin Future a spot on the festival headliners alongside the rap duo.

Talk of a reunion caught wind back in November when Billboard broke the news with an unnamed source, but Stereogum has quoted Wade’s slip up in a recent interview about Future. Read the excerpt below:

“As we bide our time in the lobby, he affably spills the beans about unreleased Andre 3000 solo songs from a decade ago and his hopes to score Future a cameo during OutKast’s reunion sets at Coachella. Eventually he pulls out his iPhone and plays me a Future/Andre collaboration he produced called “Benz Bitch” that’s earmarked for Honest.”

Andre and Big Boi haven’t collaborated since their 2006 album Idlewild, but 2014 marks the 20th anniversary of their first album Southernplayalisticadillacmuzik. Should we expect new music or just the classics? We’re hoping a little bit of both. Expect great things from Outkast this year!

While we await for more Outkast news, check out Imagine Dragons beatboxing “So Fresh So Clean” with some freestyling!