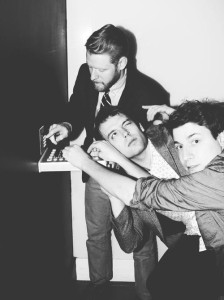 Originally from Chicago, Illinois is the electronica band Gemini Club. The band consists of Tom Gavin (vocals), Gordan Bramli (DJ), Daniel Brunelle (production), and Ryan Luciani (drums). The group is well-known for their live remixing shows, their songs are performed differently at every performance! Their first single “Ghost” gained popularity through the blogging world and soon became remixed by DJs such as Barretso, Golden Bug, and Only children. Their single “Sparklers” featured on their album Here We Sit that released in 2012, is a fast upbeat electro song that would compliment a futuristic film perfectly! Fans of Editors and Generationals would appreciate the sound and style of Gemini Club.

Check out the official music video for “Sparklers” here!