Has SXSW Lost Its Touch? 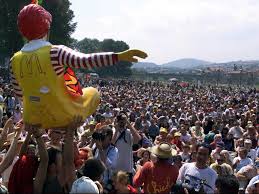 Recently McDonald’s has been in the news and this time it’s not concerning their food. The billion dollar corporation asked Ex Cops, an indie band, to perform for free at South by Southwest  (SXSW) this year. SXSW is a music festival held in Austin, TX and started in 1987. The festivals original main goal was to help promote local musicians and make them known throughout the United States. Since then the festival has grown substantially, starting off with only 700 acts in 1987 to over 2,000 today. 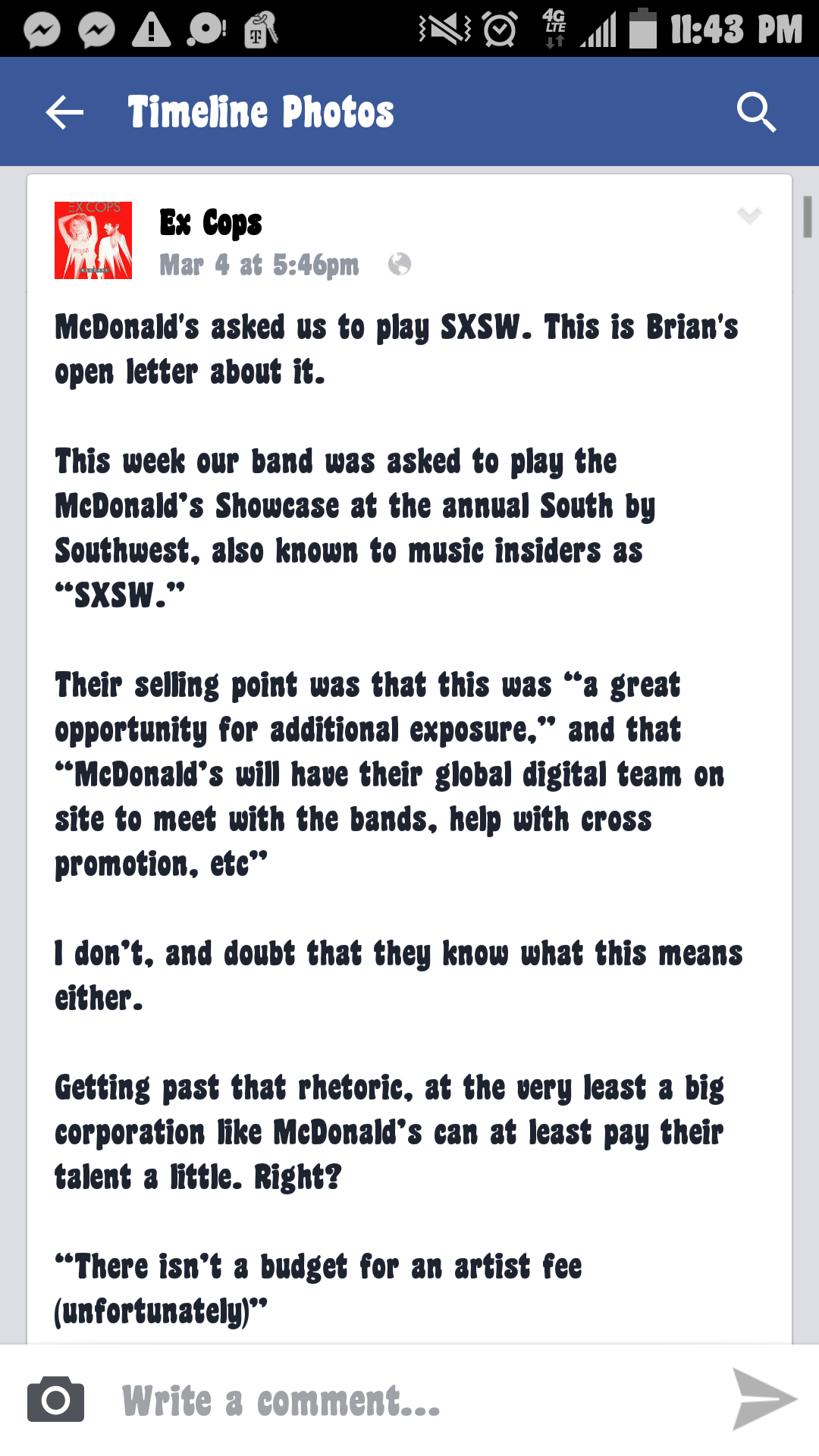 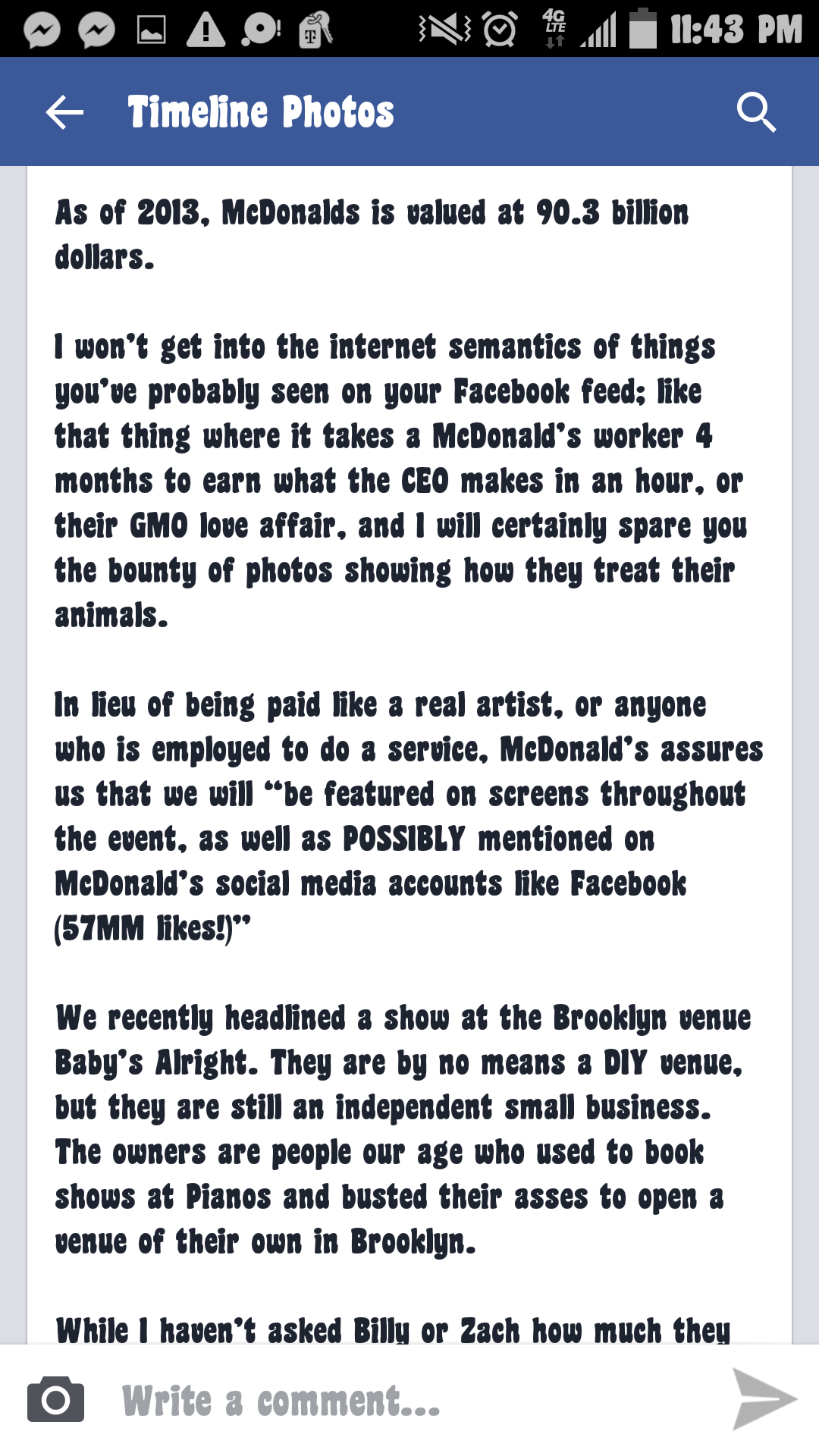 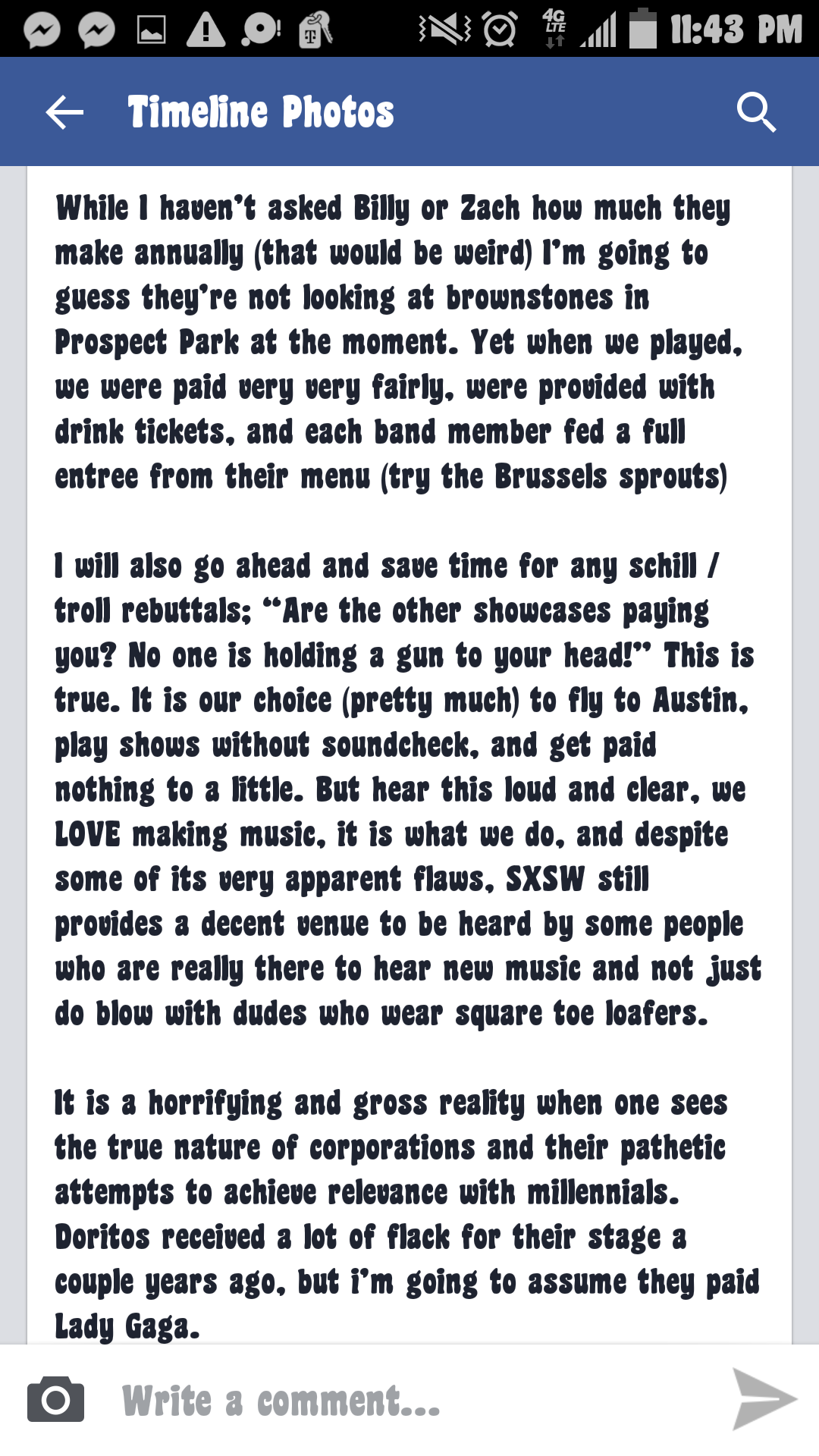 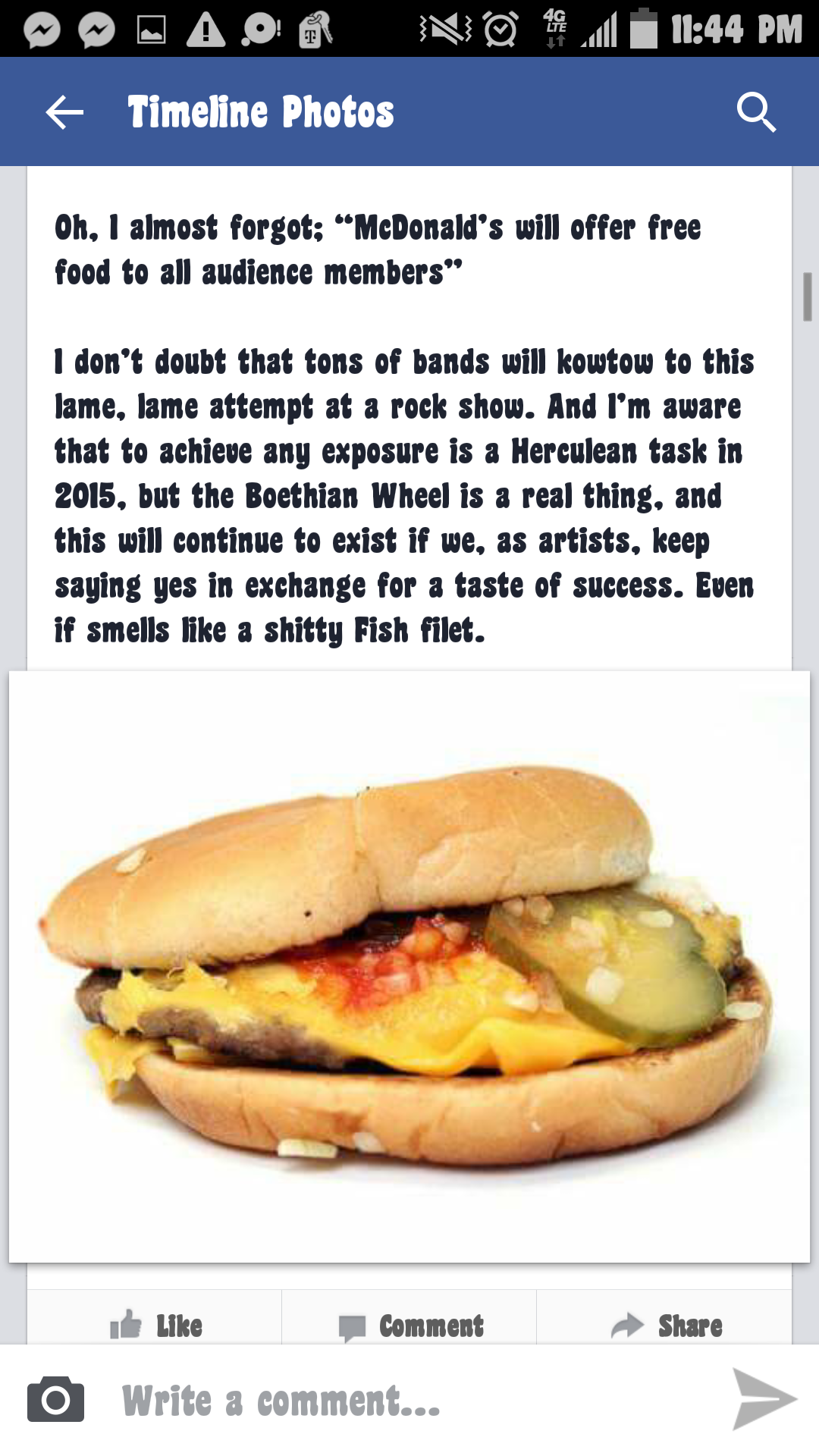 This caused immediate uproar in the social media world.

Harding states, “It is a horrifying and gross reality when one sees the true nature of corporations and their pathetic attempts to achieve relevance with millennials..”

All this because they aren’t getting paid. I understand musicians work hard and deserve to be paid, but what about when they first started making music?

2 years ago, when Ex Cops first debuted, were they demanding money then? It shouldn’t always be about the money even though, yes McDonald’s is a billion dollar company, but they are just trying to keep up with the times. McDonald’s isn’t the only one trying though.

There are plenty of other non music based sponsors out there and how do we know the artist being sponsored is paid? Since when did SXSW become corporate?

Has SXSW lost its touch? It used to be primarily about up and coming artists, now that corporations have gotten involved, it’s mainly based on the mainstream acts. Don’t get me wrong,  I’m looking forward to seeing John Legend, who by the way is sponsored by Axe. He will be playing a free show on Saturday March 21st at Cheer up Charlies.

Other sponsors include Nikon, Millerlite, Monster,Chevrolet, Doritos, Converse, Pepsi, and many more. It seems SXSW has become more about advertisements and less about the music. The corporations bring in these big name artists to attract more people, which means they’ll reach more people and advertise their brand at the same time.

If SXSW is going to have so many corporations take over they should at least have more music based sponsors.  I know Spotify,  Pandora radio and Vevo are involved but what about MTV or Vh1 even BET. It should be about the music.

Going back to Ex Cops,  McDonald’s released a statement saying they are going to feature more than 20 bands in their showcase and to show their support,  all of the band are being compensated.  Ex Cops never agreed to perform for the McDonald’s showcase nor do they plan on it.

Before any of this happened,  I had no idea who Ex Cops were. I say they should thank McDonald’s for refusing to pay them. If that wouldn’t have happened, they wouldn’t have received the exposure they did. Do I smell a publicity stunt?

If you wish to check them out, which I highly recommend they will be performing in the Pandora discovery den Saturday March 21st at 2pm.