Album Review: In My Mind by BJ The Chicago Kid 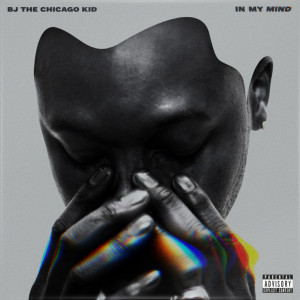 “She say she wanna drink, have sex and do drugs tonight, but I’ve got church in the morning,” sings the soulful voice of BJ The Chicago Kid on his hit single, “Church” featuring fellow Chicago artist Chance the Rapper. The track is featured on BJ’s latest album, In My Mind, which is his very first release to the legendary Motown record label and will be released on February 19th, 2016.  The album features a ton of personal insight into the young singer’s mind and expresses some of the struggle that not only BJ, but everyone, is constantly fighting between good and evil.

BJ’s voice is both smooth and powerful at the same time, making for a very a contagious sound to the ears. In a world where singers are sometimes rely on using auto-tune to clean up their voice, BJ shines through the crowd with the natural soulful voice that reminds us of the great soul and blues singers of the past.   After the huge success of last years “Studio” with Schoolboy Q, BJ returns to the hip-hop scene with some incredible features for the album including heavyweights like Chance The Rapper, Big K.R.I.T, and even Kendrick Lamar. In My Mind is filled with contrasting sounds and truly showcases just how talented and versatile BJ The Chicago Kid has become. On “Man Down”, he takes a bit more of an aggressive approach and throws in some heavy bass production and a fire in his voice that just makes you want to bob your head along. BJ speaks on powerful topics such as love and relationships while also keeping the replay ability and flow of the project easy going and enjoyable.  Like on “The New Cupid” where BJ smoothly lays down some vocals overtop a sample of  Raphael Saadiq’s “Oh Girl,” and Kendrick lamar does whats expected of him and delivers an extremely well crafted verse. The song speaks on the idea that cupid spends more time spreading one night stands that actual love. Or on  the impressive remake of James Brown’s “A Man’s World,” and a tribute to the female figure called “Woman’s World.”  In songs such as that one, there comes a point where the listener almost forgets he his listening to a modern artists and is actually transported back to that golden age of Motown records. In My Mind is a unique record and it does a lot of things really well. If you’re looking for an introduction to a talented up and coming singer, In My Mind is a fantastic place to start.

The production on In My Mind is consistent throughout and does a great job on complementing the fantastic voice of BJ. There is a good amount of contrast and variety between the beats, but not so much that the project sounds disjointed or off topic. It seems that BJ has found a real niche in the game and is definitely showcasing this unique sound on In My Mind. Whether it’s the slower smooth tones over the jazzier instrumental type production, or the electronic produced bass sound that BJ also does a great job of executing on, there’s something for everyone on this album.  If you enjoy quality singing matched with some smooth production that is both technically talented in terms of singing and easy to listen to, then definitely check out In My Mind.  The current path that has led BJ The Chicago Kid to this point has been tough, but the hard work and dedication is paying off.  BJ has had the opportunity to record with some of the top musical artists in all different genres and built a name in this industry for  making quality music. Now he finally has a major label debut album and it did not disappoint in any way, buy it on ITunes February 19th, 2016.

bj the Chicago kid in my mind Motown r&b