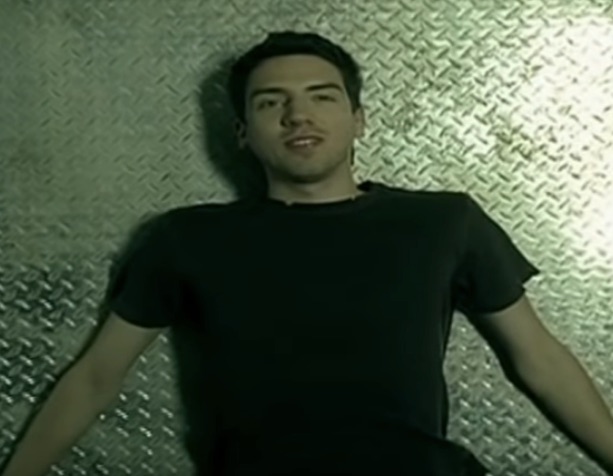 LISTEN: 10 Songs To Add To Your St. Patrick’s Day Playlist

March 17th marks the celebrated St. Patrick’s Day. The holiday which we wear green to not get pinched, line dance to Celtic music, pick lucky green clovers instead of roses, find a pot of gold at the end of a rainbow guarded by a Leprechaun, and a time where Irish pubs are the most busiest. Let’s celebrate this St. Patrick’s week with your favorite recognized Irish bands/artists in this playlist to get you in the festive spirit!

U2- “Every Breaking Wave”

U2’s musical career has been spanning for the past four decades! They’re the top Irish rock bands still touring strong over the many years and still releasing new albums. “Every Breaking Wave” is off of their second latest album Songs of Innocence followed by their fourteenth album Songs of Experience. The song itself is compelling just like it’s short film of Northern Ireland in the early 80s’ with its troubling political state.  The story tackles emotional abandonment and romance during violent times.

U2 - Every Breaking Wave

It’s already been a year since the tragic death of front-woman Dolares O’Riordan. The nineties wouldn’t have been the same without The Cranberries giving us hits like “Dreams,” “Linger,” and “Just My Imagination“. However, “Zombie” seems to resonate the most with other Cranberries’ fans. O’Riordan takes a turn into a darker side of the band with this haunting angst protest song about the 1993 Warrington bombing that took two boys’ lives. The attack was concocted by the Irish Republican Army (IRA) feuding with the British government. “Zombie” is a cry against inhumanity.

On a lighter note, these Irish quartet siblings (Andrea, Caroline, Sharon, and Jim Corr) fuse Celtic pop into their music. The Corrs have been another successful Irish group selling millions of albums worldwide and going platinum in other countries. Their other singles “Breathless,” “Dreams,” and “Summer Sunshine” are all super melodic and harmonious that it’s irresistible not to sing along.

The “Take Me To Church” singer Andrew Hozier- Byrne is also an Irish lad. His famous single reached #1 in Ireland and #2 in the U.S! Hozier’s music has a very blues rock tone and his sophomore album Wasteland, Baby! has transitioned into a more folk soul style. He spent most of his time writing the album in Ireland when he took a year off from touring.

Although they hail from Ireland, the band formed in Scotland during the mid-90s. With seven albums under their belt, it wasn’t until their fourth album Eyes Open they released “Chasing Cars”. It was the song that made you want to lay down anywhere and sing “If I lay here, if I just lay here”. “Chasing Cars” was nominated for Best Rock Song in the 2017 Grammys and was featured in many TV dramas including Ed Sheeran’s song “All Of The Stars“. Snow Patrol have won seven Meteor Ireland Music Awards during their musical course.

My Bloody Valentine- “Only Shallow”

Another early 80s-90s Irish band My Bloody Valentine were known for their experimental dream pop noise. They’re considered the pioneers of the shoegazing sub-genre. Their distinctive sound has influenced many bands including Slowdive, Smashing Pumpkins, Nine Inch Nails, also The Edge for U2’s album Achtung Baby. Their second album Loveless made it on the Irish Times list as “Top 30 Irish albums of All Time”.

The Script- “Hall of Fame”

A millenium band inspired by other Irish bands like Snow Patrol and U2 (even toured with them). Before, they became a band members Daniel O’Donoghue (vocals and keyboard) and Mark Sheehan (guitar) were L.A producers--writing music for Britney Spears, Boyz II Men, and TLC. After moving back to Dublin, Ireland they formed The Script with drummer Glen Power. Their songs “Breakeven” and “Hall of Fame” catapulted them in the American charts. O’Donoghue and will.i.am of Black Eyed Peas collaborated on this song after meeting as coaches for The Voice UK. The song is about not giving up on your dreams.

This is a song we’d imagine playing at every Irish pub! The seven-piece Irish- American band go deep into their heritage roots with their Celtic punk angst. Luck of the Irish their second album Drunken Lullabies was certified gold! That’s certainly a Leprechaun’s treasure right there.

While most didn’t understand the lyrics, listening to Enya’s enchanting voice put your ears into a trance you don’t want to break from. Enya is a four time Grammy winner and Ireland’s best solo artist. Her unique vocal technique “choir of one” makes it sound as if she has many voices filling the room. Her influences trace back to classical and cathedral music. It’s no wonder she’s a mezzo-soprano singer!

Sinead O’Connor- “Nothing Compares 2U”

This last singer also collaborated with Enya on her debut album The Lion and the Cobra. However, it wasn’t until her sophomore album I Do Not Want What I Haven’t Got where she famously covered Prince’s song “Nothing Compares 2U” that she became a platinum artist. Despite her negative thoughts on Prince, Sinead O’ Connor (now named Shuhada’ Davitt after converting to Islam) wouldn’t have been a hit without him originally writing it. Her teary power ballad had VH1 rank this song #10 on “100 Greatest Songs of the 90s”.