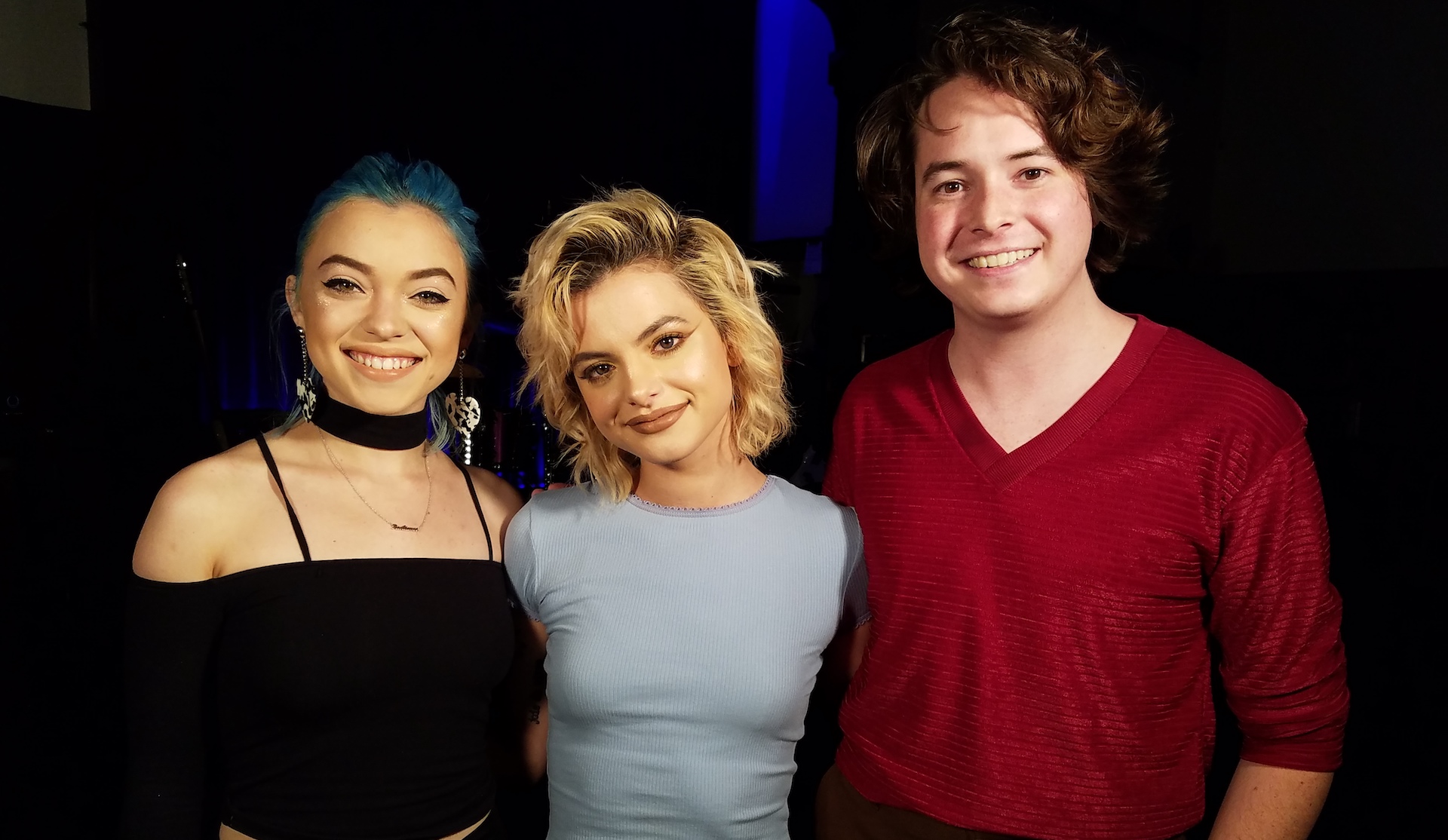 Fresh off a headline mini tour of the U.S., Hey Violet just premiered the video for their new track — “Close My Eyes” on June 21, 2019. Written by Hey Violet with Sean Kennedy, Tim Anderson, and Aron Forbes (the latter two who co-produced), “Close My Eyes” is the second of four new tracks the band is set to release throughout year. “’Close My Eyes’ is essentially about living in a fantasy land, says front-woman Rena Lovelis.  “It’s about the idea of still wanting to be with an ex who has already moved on. There’s definitely a level of denial that goes into being in that sort of headspace because you’re basically rejecting the present reality and not allowing yourself to move forward. The song sounds very calm and chill but in the lyrical content there’s an air of tension because of that refusal to accept things as they are.”

Consisting of Rena Lovelis, her sister Nia Lovelis (drums), and Casey Moreta (lead guitar), Hey Violet have steadily built an engaged fanbase over the years with their powerful, immaculately crafted alt-pop songs. “Guys My Age” was named one of the Best Songs of 2016 by The New York Times, who called it “teen-pop’s revenge: an urgent dark song about sexual rebellion” and one of the 20 Best Songs of 2016 by V Magazine. In 2017, Hey Violet was dubbed as an “Artist Primed For A Breakout” by Billboard, and named “Artist To Watch” by The Guardian, PopCrush, and others. Their debut album, From the Outside (2017) received positive reviews from critics and fans, noted for it’s honest take on relationships, post-breakups, and coming of age. Rena confesses, “I’m a hopeless romantic and fantasy addict of where [the relationship] could’ve gone.” Both Lovelis sisters mention about the album as “looking from an outside perspective”. Rena adds, “Each song tells their own story and are cohesive together”.

B-Sides spoke to Hey Violet at Swedish American Hall in San Francisco about the recently released, “Close My Eyes”, how each member deals with breakups, new music and more. Check out the interview: