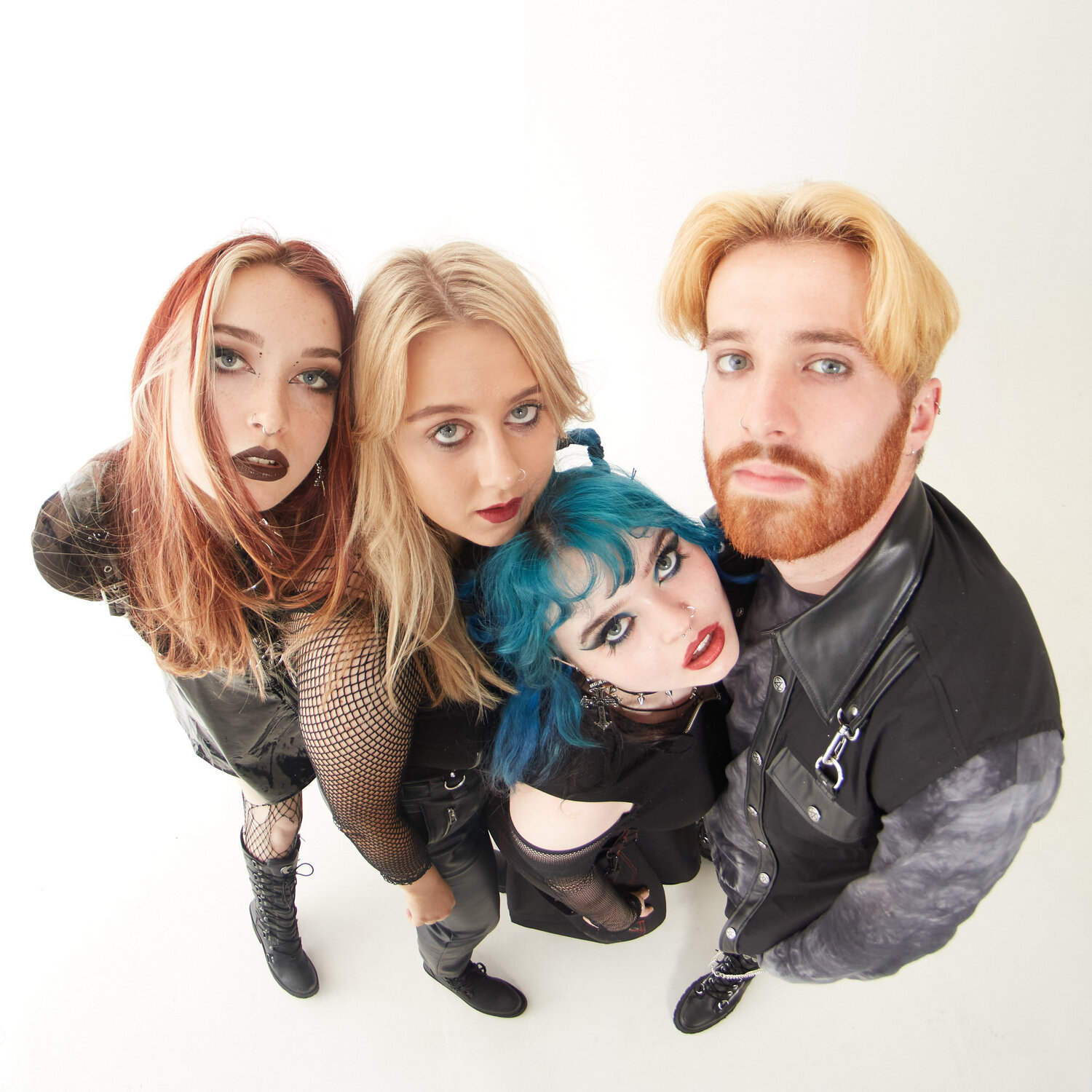 Crawlers recently wrapped up their North American debut with a string of shows that included stops in New York City, Chicago, Dallas, San Francisco and Los Angeles. The Liverpool-based four-piece have been steadily building an impressive following on social media based on their exciting brand of music informed by the likes of Nirvana, Smashing Pumpkins, The Strokes and others. Their song “Come Over (Again)” went viral on TikTok late last year and has racked up over 28 million streams and counting, while their latest single, “F** Me (I Didn’t Know How To Say)” is already a fan favorite that tackles raw emotions of the desire for love. Lead singer Holly Minto stated, “it’s a song that’s very personal to us as a band. The song covers two ideas behind sex. First the trauma and disgust after sexual assault, and then the idea of how at the time of writing it I haven’t felt loved and only used for my body and for sex rather than the love I really wanted at the time.” With regards to the song’s inspiration, Holly states “There’s a song that goes ‘You kiss me just to kiss me’ and I was like, ‘Damn, I’ve never been kissed just to be kissed’,” she explains. “I just sat there and had a little moment about it and was like, ‘Have I just been letting people use me so I can feel loved?’” The band is still formulating more new music that will reflect their growth and desire to evolve into a more genderless style. Minto elaborated, “I think we’ve just decided that going genreless makes the most sense for us the band because we just listen to everything and we don’t get entertained by listening to kind of the same stuff,” she continued, “we used to be in such a rut before ‘Come Over’ and we were like well we can write in any way and we can write anything like let’s do it and i think it’s been so fun and it’s so fun to perform the different genre songs live too like going from these really aggressive songs to like cuter moments to a bit more like singy it’s been really fun.” Crawlers will play Lollapalooza in August and tour the UK in the fall.

Crawlers spoke with B-Sides host Pete Mar about their impressions touring the U.S. for the first time, getting inspiration from their travels, discussed their approach to upcoming new music that will be more varied and genreless and more.

Crawlers Say They're Going More Genreless After Success of "Come Over Again", Talk New Music
Crawlers - Fuck Me (I Didn’t Know How To Say)