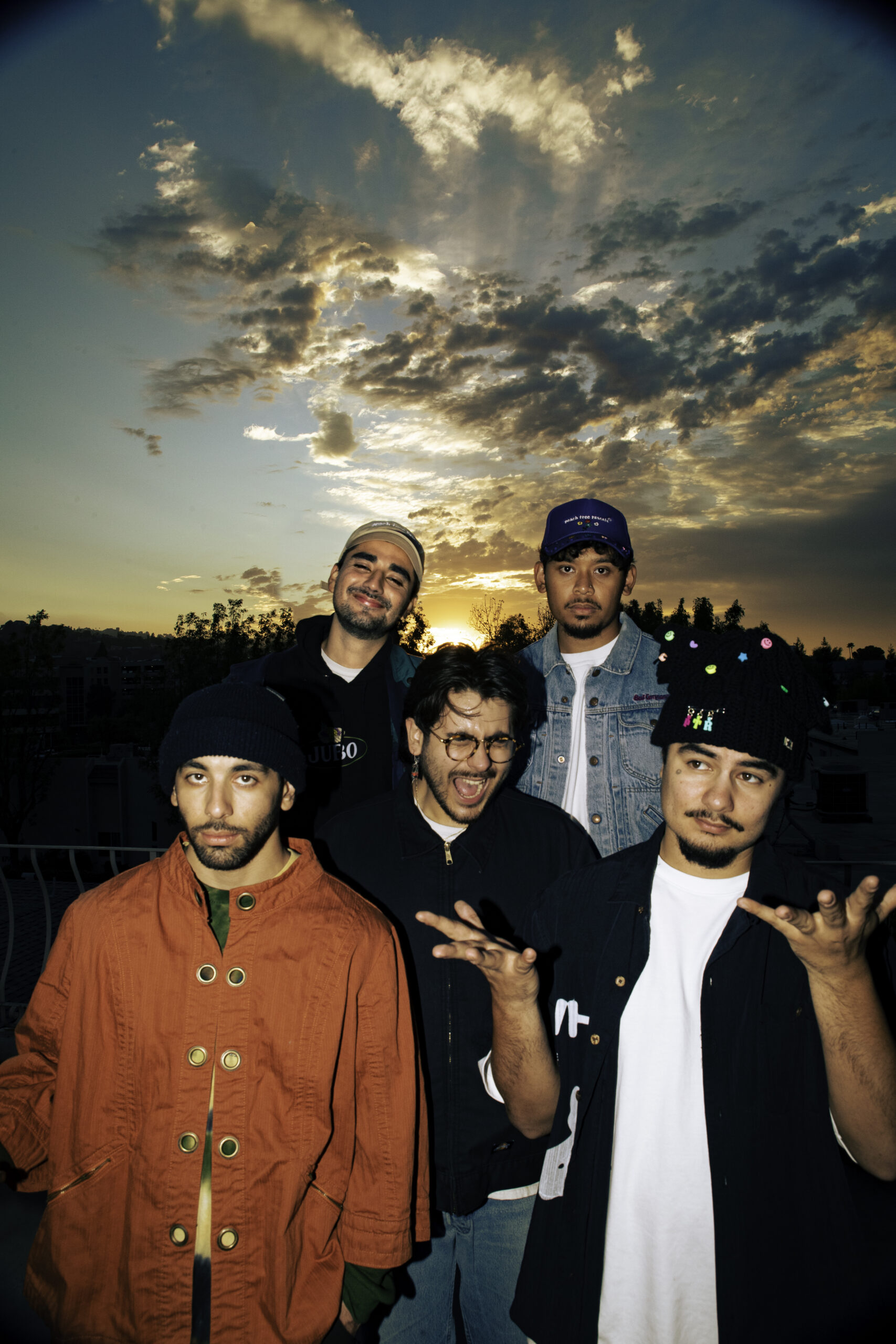 From a shed in San Jose, California, Dominic “Dom” Pizano (producer/mixer), Issac Pech (vocals), Tarrek Abdel-Khaliq (vocals), Joseph Barros (vocals), and Jorge Olazaba (creative director) formed Peach Tree Rascals, an alternative band that released their new EP End Of Time on December 2, 2022. The band formed in high school but has since then expanded into a worldwide phenomenon; with their “do-it-yourself” attitude they have amassed over 1.5 billion streams and played shows around the globe. Peach Tree Rascal’s dedication to self-made art transcends to their recording process, specifically how the band creates their hit sounds together, separated from everything else, and sometimes in a place known as Camp Nowhere. “We went to, as the fans will know it as, Camp Nowhere. We went out to my family’s vacation house by Yosemite and this is a place that we’ve been going to as friends before we started making music. And just, over the past couple of years, just experiencing the ups and downs of the industry and going through things that stressed us out but also brought us closer together. And our mentality with this project, and just everything moving forward, is like, no matter the ups and downs and the things we have to face as artists, is in the industry, is to just do the things that have always kept us grounded.”