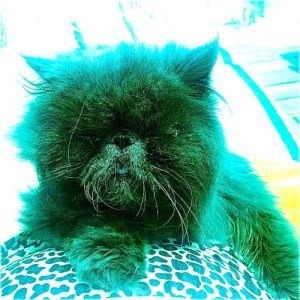 Originally from the Jersey Shore, is the girl group known as Sharkmuffin. Their sound has been described as noise punk meets power pop, with influences ranging from the Yeah Yeah Yeahs, The Ventures, and Black Sabbath. Last April the band released their debut EP She-Gods Champagne Valley, and recently released their second EP known as 1097. The album features their new single “Foul Play,” a rockabilly punk track that is the female version of London indie rock band The Horrors. The EP incorporates surf rock and creepy 1950s horror movie music into one genre. “Foul Play” and 1097 is currently available for streaming and downloading on iTunes and Spotify.