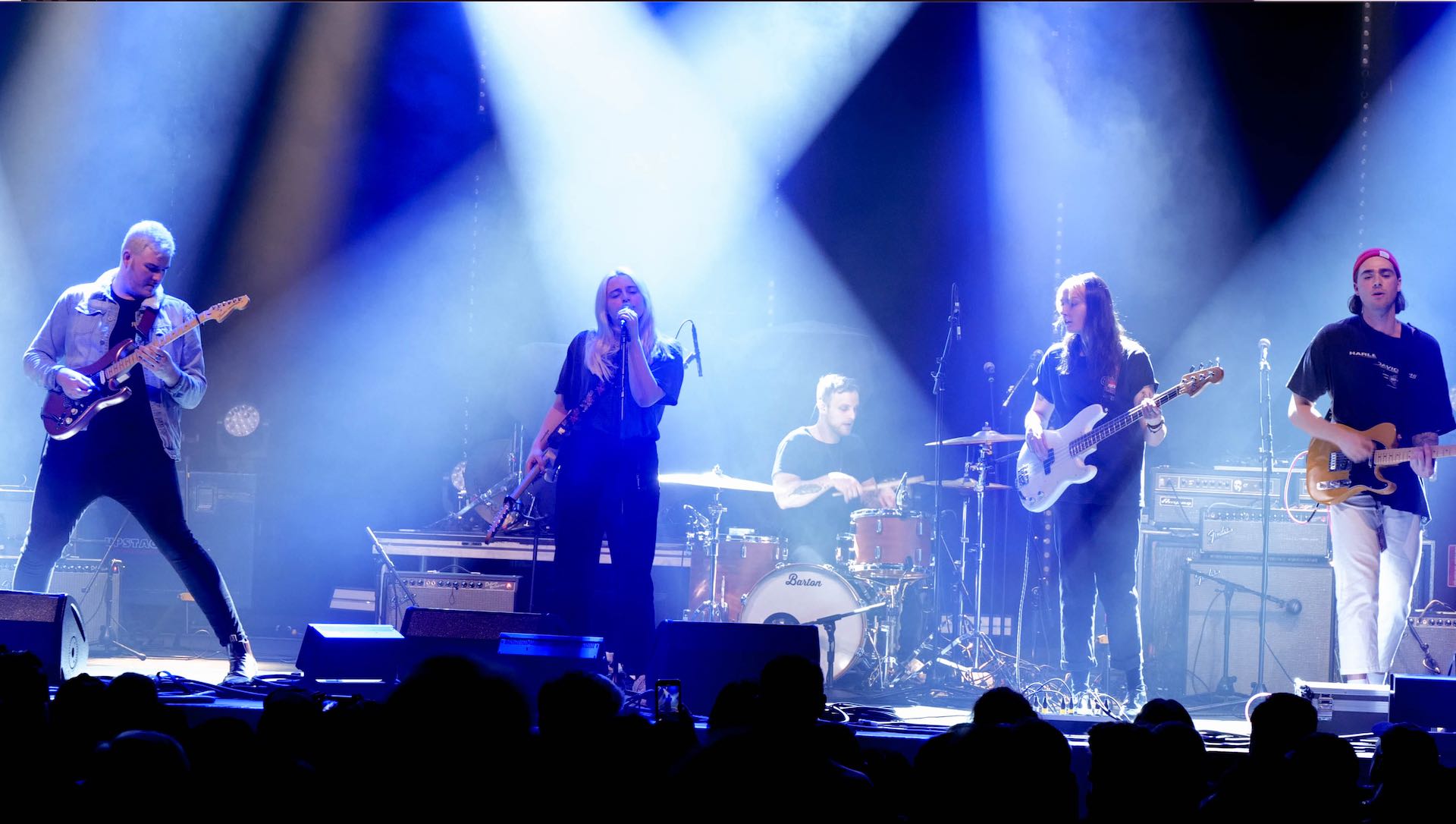 Hailing from Australia’s Gold Coast, Eliza & the Delusionals have been gaining recognition as of late from their single, “Just Exist”. The song has garnered millions of streams and continues to grow while the band tours the U.S. and ahead of the their upcoming appearance at SXSW and Bottlerock Music Festival. The song will be featured on the band’s upcoming EP, ‘A State of Living in an Objective Reality’ that comes out March 20th, a collection of songs that finds the band finding a balance between creativity and good mental health. Frontwoman Eliza Klatt stated, “Through most of 2018/19 I was having a lot of issues with mental health and the position I was in at the time. I felt really stuck somewhere that I couldn’t actually get out of, so a lot of the songs lyrically were really influenced by that. But right before we took everything into the studio everyone in the band was going through so many personal changes and things and I think bringing these songs into the studio where we were in a situation of having full creative control felt really rewarding and it was almost a release from all of the bad times we had gone through in the lead up. I really think that’s what puts this EP so close to our hearts.” The five-piece consists of Klatt, guitarist Kurt Skuse, guitarist Ashley Martin, and bassist Ruby Lee and have taken influences from bands that they grew up with including Coldplay, blink-182, Green Day, Paramore and Silversun Pickups who they just wrapped up touring with. The extended periods on the road since have acted as a steep learning curve, while fusing the band into a tightly-wound live unit. “We learned how to put our live set and show together through the experience of watching bigger-scale bands do it” says Klatt. You can hear that experience in already released singles “Pull Apart Heart” and “Just Exist.”

B-Sides caught up with Eliza Klatt and Kurt Skuse of Eliza & the Delusionals to talk about their early influences, notably Green Day and blink-182, how “Just Exist” came about, the upcoming new EP and more. Check out the interview: