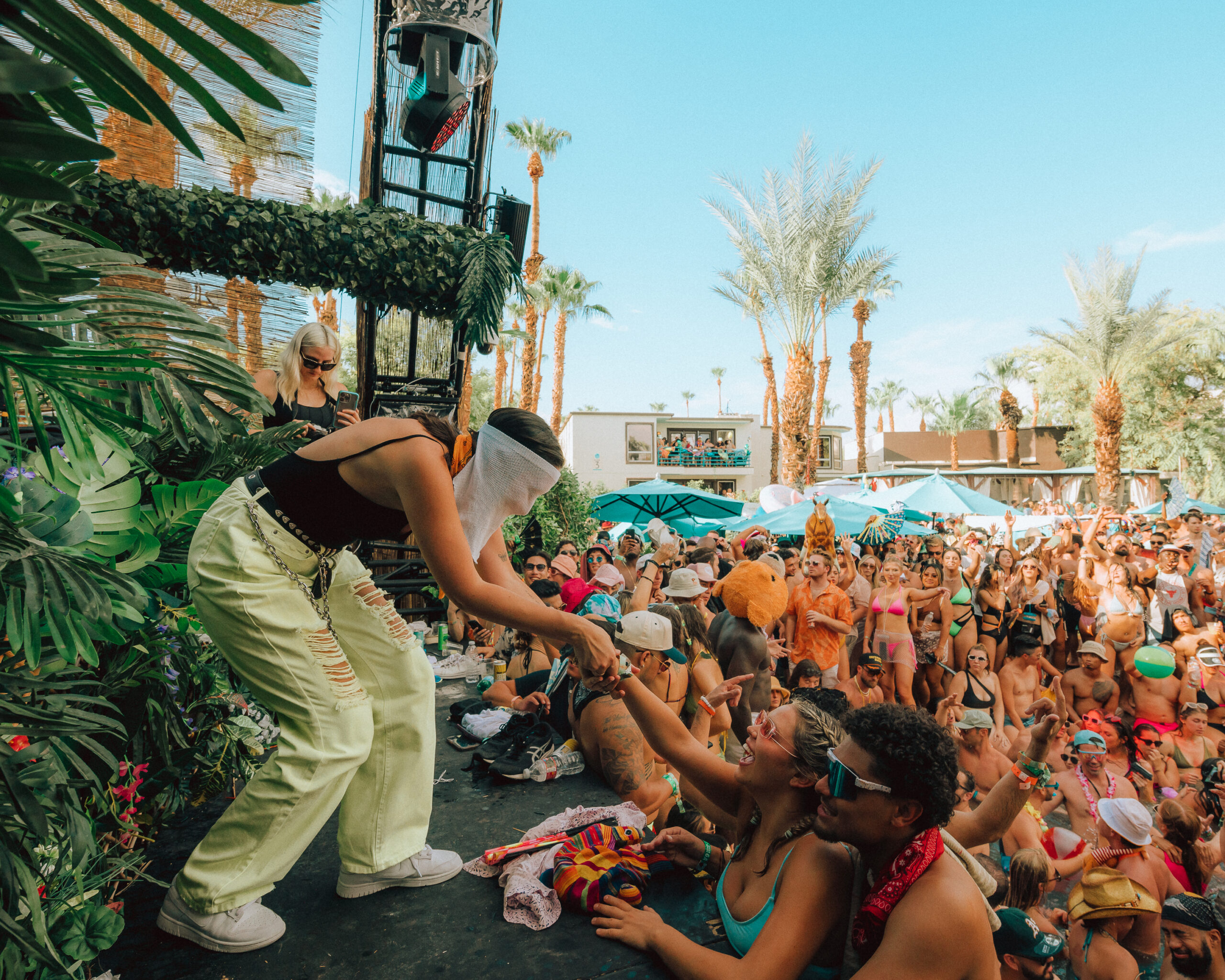 The second edition of Splash House of this summer’s festival series went down over the weekend across three major hotels in Palm Springs, CA from August 12-14 and was a huge success. Notable were the performances by Polo & Pan and Franc Moody at Renaissance on Saturday and the enormous crowds and overwhelming response for John Summit at Margaritaville and Young Franco at Saguaro on Sunday. The surprise performance of Yung Bae B2B Surf Mesa at Saguaro caught many off-guard and was wildly enjoyable. The event showcased a variety of sounds and talent from the “Big Disco Energy” of SG Lewis who threw it down during his at the Saturday after-hours party at the Palm Springs Air Museum, to the killer set by Miami native Nala who brought her signature mixing skills of deep house, techno and breaks to the opening party. Even with the weather hovering around the 100 degree mark, attendees had plenty of energy and hydration breaks to keep the energy and enthusiasm of each day going. Balconies of various hotels were decorated with signs and colorful towels to enhance the atmosphere, while the pool parties were accessorized by beach balls, floaties and assorted pool toys. The shuttles that ran between hotels operated smoothly and gave attendees a chance to cool off but most importantly safe so they could party freely without the dangers of walking or driving.

Producer and DJ Austin Millz put together and outstanding performance, as did Nora En Pure and Elohim, who slayed their sets with exciting sets that had crowds pumping their fists and dancing. Also of note was the set by Chet Porter whose mixes were perfect as Saturday evening was setting in and Sunday’s mid-afternoon set by Elohim was just outstanding to set the mood for the event’s final day. The weekend went off without a hitch with sunny skies and plenty of areas to cool off from the desert heat while the Splash House lineup of amazing music emanated, creating the perfect soundtrack to the summer of 2022.