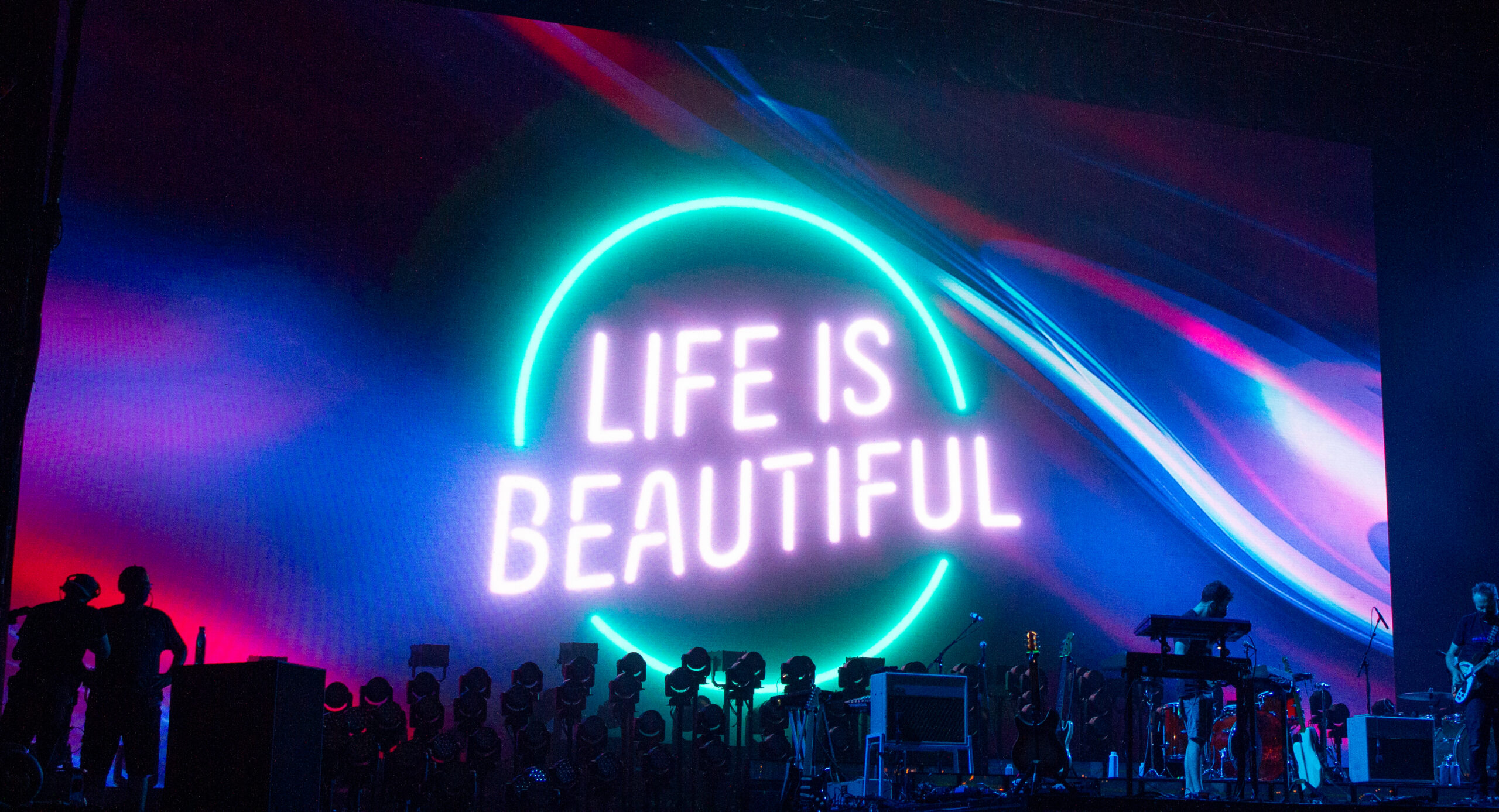 Last weekend we made the journey to Vegas to attend this year’s Life is Beautiful festival. This year had a killer lineup, featuring headliners like Billie Eilish, Tame Impala, Green Day, Megan Thee Stallion, and more. But this year there were also a bunch of smaller acts we were excited to see live like The Backseat Lovers, BIA, and Remi Wolf. This was my first festival since the pandemic started, and we were excited and nervous to get back into the swing of going to shows. 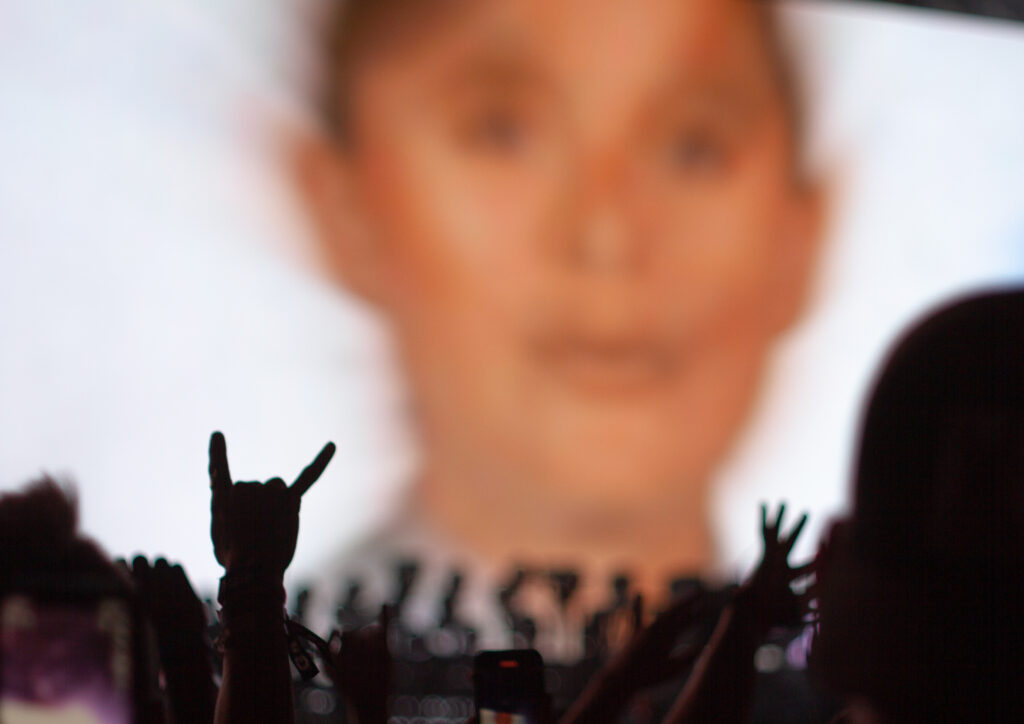 Locals told us the main selling point of the festival was all the art, and they weren’t lying. At a lot of the festivals I’ve been to, the art installations are mainly for taking cool instagram photos. But Life is Beautiful was covered in murals and sculptures which meant that we could really walk around and appreciate it while avoiding lines of people posing for pics. They also had cool things to see in between sets, and we spent Saturday afternoon exploring the marketplace and looking at everything there was to see. We even found a hidden DJ tent in the marketplace which had a really good vibe. 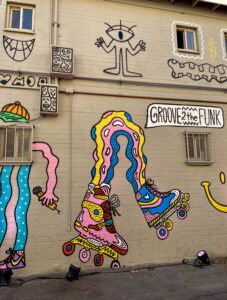 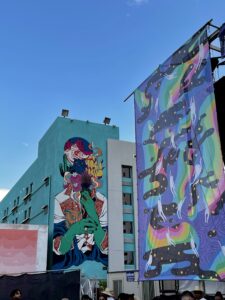 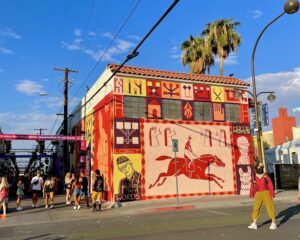 The first set we saw on Friday was BIA, and after we headed over to Ant Clemons. He put on a great show that was really interactive, and even shouted out his mom in the front row. After exploring the festival grounds, we made it to the front for Willow and Don Toliver. We loved Willow’s set! She was a great performer and was super animated throughout the set while still seeming really comfortable on stage. Both Don Toliver and Tame Impala had super trippy visuals for their sets, and we were able to get close to the stage relatively easy. 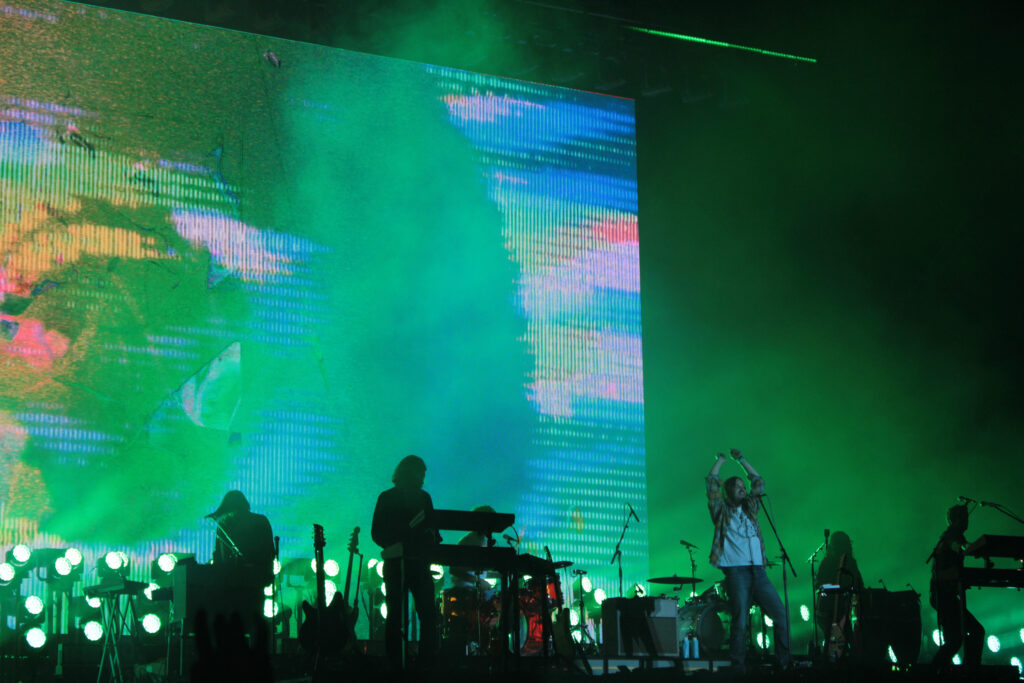 That was probably the biggest relief of the weekend. Festivals are exhausting anyways, but having to push through the crowd to get a mediocre spot makes it all the more draining. All weekend we were able to get close to the front of the sets we wanted to see without having to camp out for too long or push through a super dense crowd.

The Backseat Lovers put on a great show Saturday morning, and that night we were at the barricade for JID, who was electric on stage. We stuck around for Dillon Francis who had the whole crowd jumping before heading over to see Earthgang. Sunday we sung along with Still Woozy before seeing Billie Eilish, who was really the highlight of the weekend. We were surrounded by die-hard fans up front, and Billie had the perfect balance of rage and sentimental energy. She even asked us to all put our phones away for one song and it felt super meaningful. She really made it a point to connect with everyone in the audience.

All in all, Life is Beautiful was a blast. We’re so glad we got to experience the thrill of festival season this year, especially surrounded by great art, music, and vibes.

Words and photos above: Ethan Reichwald