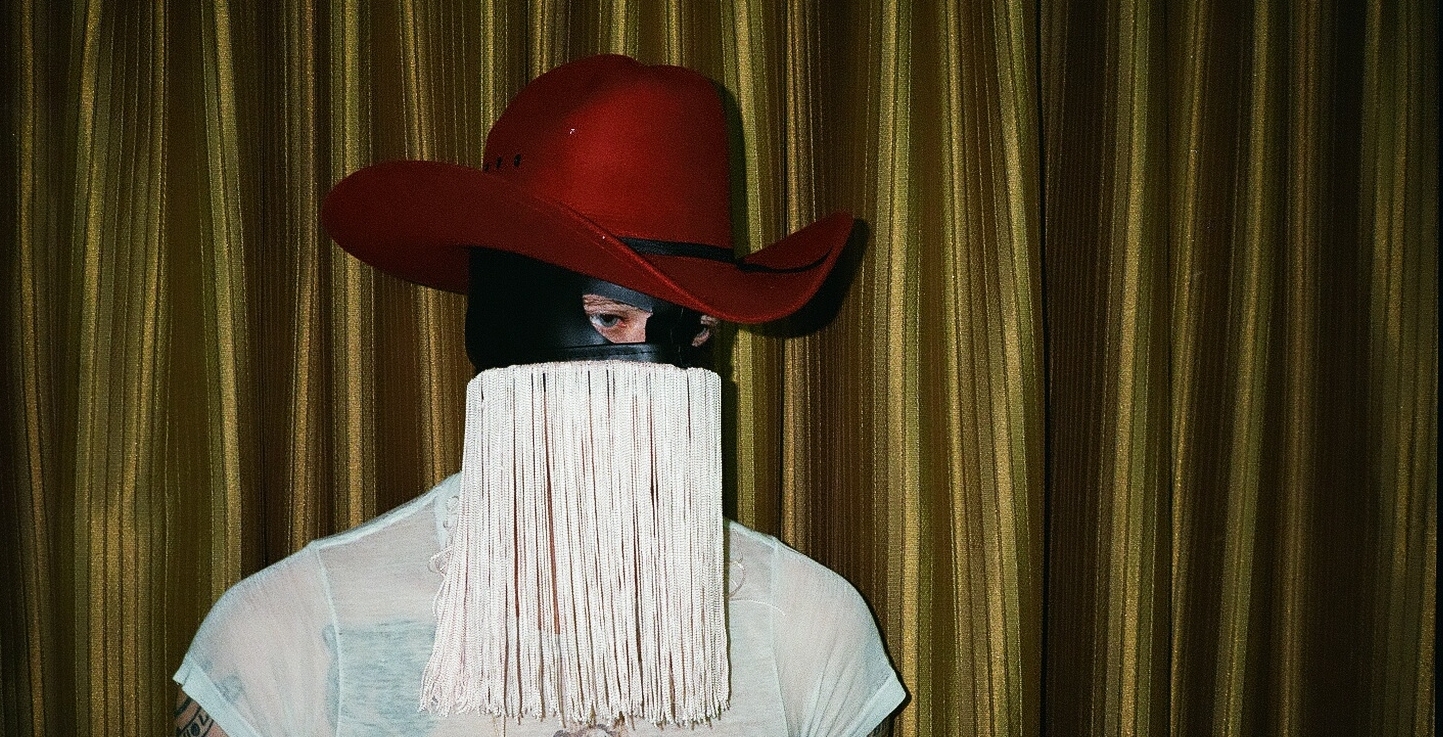 Each year when festival lineups come out, there’s a flurry of excitement. Festivals pack all your favorite artists into a whirlwind three days, so of course they’re a music lovers’ dream come true! Whether you’re a Tyler, the Creator fan or Foo Fighters junkie, this year’s Lollapalooza lineup has something for everyone. But one of our favorite things about festival season is how easy it is to find our new favorite artist simply by stumbling upon their set. This year, don’t find yourself lost in the fine print of the lineup poster, B-Sides has you covered. Here are our favorite rising or underrated artists whose sets you won’t want to miss at Lollapalooza this year.

Calling all Kanye fans! You might remember Ant Clemons from his performance at the Inauguration earlier this year. Kanye West met him while making his album ‘ye’ through a mutual producer friend, and featured Clemons on “All Mine” alongside Ty Dolla $ign, thrusting him into the spotlight. Since then, Clemons has worked with some of the biggest players in music, writing/producing for Beyonce, Jay Z, Chance the Rapper, Childish Gambino, G Eazy, and more. You won’t want to miss what will be a great set filled with silky R&B and exceptional songwriting.

LP - Lost On You [Official Video]

LP built an incredibly successful songwriting career, writing for Cher, Rihanna, the Backstreet Boys, Leona Lewis, Mylène Farmer, Céline Dion, Christina Aguilera, and more. She released her debut solo LP in 2017, which allowed her to flaunt her swagger and fascinating voice. If you like Alabama Shakes, Tegan and Sara, or No Doubt, you’ll find her mix of Rock n’ Roll with electronic production elements is right up your alley.

Dayglow - Close to You (Official Video)

We’re huge fans of Dayglow, aka Sloan Struble’s, easygoing indie sound. If you’re looking for a set that will bring good energy and relaxed surf-inspired guitar, this is it! He just released his sophomore LP ‘Harmony House’ earlier this year, so while you can expect to hear old favorites like “Can I Call You Tonight?”, it will be a welcome treat to hear Dayglow’s latest editions to his catalogue shine on stage.

This masked country singer is sure to have a great set early Thursday at the main stage. There has been tons of speculation about Peck’s real identity from fans, but he has maintained an elusive air of mystery despite his growing success. Peck is known for his enigmatic stage presence, and even if you’re not entirely familiar with his discography, it’s sure to be a theatrical set filled with country crooning.

Gus Dapperton was one of the key artists who jumpstarted the bedroom pop movement, and it’s clear to see why his lo-fi sound wormed its ways into the ears of so many fans. Dapperton’s naturally grainy vocals and lush synth melodies fit right in with the digital age of music, but he still manages to make his tracks feel grand and fun.

Over the past year, many artists got their big break on TikTok as we all sat at home desperately consuming content. Some of these artists have had a hard time building a consistent fanbase or replicating the success of their initial viral track, but Tai Verdes has managed to transform his hit “Stuck In The Middle” into a blossoming career. He just released his debut album ‘TV’ in May, where he gave us the feel-good anthem “A-O-K” and the bad boy ballad “DRUGS”. Tai Verdes knows how to write the catchiest hooks, and by the time you leave this stage, we’ll guarantee you have one of his songs stuck in your head

If you’re a hip-hop head, you’re going to want to do yourself a favor by catching Chicago rapper Mick Jenkins’ midday set. Jenkins is a triple threat: sharp lyricism, crisp flows, and a rich vocal tone that you won’t be able to forget. Expect a mix of heavy-hitting numbers and chill beats at this set.

You may have heard his 2019 hit “Honeypie“, and 25 year old California native JAWNY has a lot more where that came from. He recently dropped a new EP ‘The Story of Hugo’ where JAWNY experiments more than he ever has before. Blending funk, surf, psychedelia, and more, JAWNY is an artist who will expand your sonic palate, and you’ll love every second of it.

I’m honestly so grateful I stumbled upon Jacob Banks’ set at Bottlerock 2018 before becoming familiar with his music. My group was camping out at one stage for most of the day, chatting in between sets and enjoying each new artist as they came on. But as soon as Jacob Banks began singing, all of us immediately fell silent, jaws on the floor. Jacob Banks has a voice that you can’t even comprehend. It’s a voice that almost sounds inhuman with the amount of depth and space it holds. It’s so transcendent that honestly, I don’t think his records even begin to capture it. Trust me on this one: Go. See. This. Set.

This indie rock act is the perfect band to see at a festival. Their cinematic atmosphere, soaring guitar breakdowns, and feel-good energy will have you dancing, jumping, and hopefully singing along. The band is also reportedly working on new music, and we’re hoping they use a live audience as their focus group.

If you are really into folk revival like the Head and the Heart or the Lumineers and haven’t heard of Mt. Joy, you’re going to want to start catching up on their discography. Mt. Joy is a five-piece indie band whose songs carry all the the heart of great folk music and all of the exaltation of great rock and roll. This set will be the perfect laid-back atmosphere to recover from last night’s adventures and take in the Lolla vibes.

Serena Isioma’s song “Sensitive” became a microtrend on TikTok because of its catchy, rebellious hook and deliciously funky instrumentation. If you’re a fan of R&B artists like Andersoon.Paak or The Internet, Isioma will definitely bring the same heat at their set.

It’s no secret that we’ve been big Cautious Clay fans since we heard his gorgeous 2017 song “Cold War”. Cautious Clay has the production and songwriting chops to land him in the studio with artists like John Mayer and AlunaGeorge, and “Cold War” showed us that his solo work was just as exceptional as his collaborative. Despite his success in the industry, Clay hadn’t released a full length debut album until this year’s ‘Deadpan Love’, featuring sensitive, smooth songs such as “Wildfire” and “Shook”.

Gibbs success came much later than it should have considering his striking talent. He initially signed to Interscope Records in 2006 after gaining a good bit of attention in the hip hop scene, but when the man who signed him left the label, Gib’s went with him and so did his debut album. Now, he owns his own record label which he has been releasing music through since 2013, crafting fierce bars and iconic features on each new record.

20-year-old Panama native Sofia Valdes just released her debut EP ‘Ventura’ via Warner Records this year. Valdes has been immersed in the arts from a young age, spending time with members of her family who were popular jazz musicians back in the day and attending the prestigious Interlochen performing arts camp. ‘Ventura’ is a beautiful introduction to the singer-songwriter, and her sprawling sonic world. This set will be a great start to the last long day of the festival as you sit and bask in rich acoustic guitar and Valdes’ soft voice.

Israeli singer, songwriter, and producer Noga Erez is sure to impress you with her creativity and twisted sonic palate. Noga Erez straddles genre precariously, but has just the right balance of skills and artistic vision to make it work, blending hip-hop, electronic, experimental, and pop music. This set is perfect for those who are looking for something unique and are down for a trip.

This five-piece indie collective began with a solid foundation of friendship when they met in high school in San Jose, CA. Embracing a DIY ethos and blending genres, the group always sounds like they’re having fun together. Their strong bond shines on stage where you can see the joy they get from playing together. Their recent collaborators AG Club are also playing the festival on Friday night, so perhaps we might even get a full performance of their latest single “Popeye” that we’ve been loving.

Dana Foote was a senior at Bennington College in Vermont when she decided to form the band Sir Chloe in lieu of writing her senior thesis. That decision led to the Sir Chloe we know today, whose grunge-tinged songs are vivid, textured, and sultry. This is the set to be at if you’re looking to headband.

Go see Princess Nokia. Maybe you’ve heard her tongue-in-cheek hit “I Like Him” from TikTok, but if you’re looking for the female empowerment hip-hop of artists like Megan Thee Stallion or Flo Milli with a goth girl twist, you absolutely need to listen to her debut album 1992 Deluxe. Princess Nokia puts all of herself in her music, and whether she’s talking about embracing her “little titties and fat belly”, indigenous spiritual practices, or calling out insensitive inquiries to touch her hair, Princess Nokia  is saying it with her whole chest.